Werner Teams With Aurora to Haul Freight in Texas

Aurora Innovation Inc. has announced a deal to haul freight on a route between Fort Worth and El Paso, Texas, for Werner Enterprises.

Aurora said the trucking lane it will test for Werner is an essential link in the nation’s freight network, as it is the middle leg between Atlanta and Los Angeles.

We just completed our first autonomous haul for @One_Werner between our new terminals in Fort Worth and El Paso!

We’re thrilled to work with a premier transportation and logistics provider to efficiently move goods across the US: https://t.co/frMhoBgLAG pic.twitter.com/kMBOPP5Jq4

The route is more than 600 miles and takes approximately nine hours to complete.

“Its long distance and monotony contribute to this lane’s reputation for being unappealing for truck drivers. By deploying the Aurora Driver on such hauls, Aurora and the companies it is working with are building a future in which autonomous trucks can handle less popular routes, while human drivers transport more convenient hauls that are conducive to desirable lifestyles,” the company said in an April 6 statement.

Aurora Driver is the name for the company’s autonomous technology.

“We look forward to maturing and streamlining these hybrid operations and ultimately delivering a product that delivers value to Werner and its customers at a large scale,” said Sterling Anderson, Aurora’s co-founder and chief product officer.

The Werner agreement is the third pilot program Aurora has in progress to carry loads autonomously. Aurora operates terminals in South Dallas, Houston, Fort Worth and El Paso to support multiple commercial lanes it uses to haul freight for Werner, FedEx and Uber Freight. 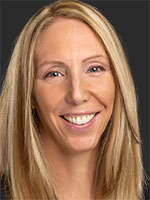 Separately, the Pittsburgh-based company said it hired Kendra Phillips, the former chief technology officer at Ryder, as vice president of its logistic partner programs and operations.

Getty Images For this new year, there are plenty of concerns fleet managers have about the future of trucking maintenance....

There has been unseasonably soft demand for transportation services because shippers have been managing through elevated inventories amid slowing economic...