The crash occurred on a chilly morning in Bensalem Township, Pa., between a tractor-trailer and a passenger vehicle traveling at what witnesses described as a “relatively fast speed.” The truck driver wasn’t injured, but the driver of the passenger car was killed. After a thorough investigation, police determined fault for the accident was shared between the two.

That determination provided trucking defense attorney Doug Marcello of Carlisle, Pa., with an opportunity to deploy a little-used legal strategy to protect Gypsum Express Ltd. — the motor carrier in the crash and his client — from the potential for a multimillion-dollar “nuclear” verdict.

The pre-emptive tactic, which he dubbed a “sue them first” strategy, was applicable since fault was shared and there was the potential for a liability dispute — in this case, damages to the truck or cargo. This accident, while tragic, provided an opportunity for the strategy. 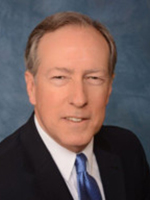 In the October 2014 crash, the truck was stopped at a traffic signal to make a left turn. As the light changed and the truck began its turn, a Honda Civic traveling in the cross street and driven by the victim, 23-year-old Michael Baronofsky, ran the red light and collided with the truck.

Typically, in a case where a truck driver bears any portion of the blame in a fatal crash, the motor carrier and its insurance company could face a large jury verdict or out-of-court settlement.

Choosing against waiting for the Baronofsky estate to file a lawsuit against his client, Marcello filed a civil lawsuit against the estate seeking to recover $50,000 in damages to Gypsum’s truck. According to the lawsuit, Baronofsky operated his vehicle carelessly and recklessly, failed to obey a traffic signal, was speeding and a host of other allegations.

“If this was a rear-end accident caused by a driver, we’re probably not going to be able to do it,” Marcello said. “If at least partial fault could not be attributed to the other party, it wouldn’t be a good tactic. You wouldn’t use it if the accident is only blamed on your driver or your company.”

“In this time of nuclear verdicts, we must be innovative and aggressive,” Marcello wrote in an essay on the subject. “One of the tactics we frequently use is to sue the car driver. We do this before they sue our client.”

Marcello stressed that, in the case of a fatal accident, the family of a victim should be compensated fairly. In this instance, the strategy — one that is admittedly used sparingly ­— resulted in a $300,000 settlement with Baronofsky’s estate.

Gypsum received $19,000 from the opposing side’s insurance company for repairs to the truck.

Marcello believes filing the case in the local jurisdiction of Bucks County, Pa., gave him a better shot of a trial in a jurisdiction more advantageous to the motor carrier.

“Once we file it there, the action starts in that court,” he said. “It not only locks in the jurisdiction, but it also gives us a jump on discovery.” In legal terms, discovery is the formal process of exchanging information between parties about the evidence and witnesses that will be presented in the event of a trial, and could include depositions and/or subpoenas.

Marcello was convinced the estate’s Philadelphia attorney would have preferred a trial in his own backyard. For years, Philadelphia has earned infamous recognition as either being on the American Tort Reform Foundation’s Judicial Hellholes list, or on its watch list. “It’s a place one plaintiff’s attorney referred to with a smile as ‘that magical place,’ ” Marcello said.

Jeffrey Oster, a transportation attorney with the Philadelphia law firm of Vaughan Baio & Partners, noted the benefits of securing the right jurisdiction. “In Pennsylvania, I would much rather try a case before a jury in relatively conservative Dauphin County, near Harrisburg, over uber-liberal Philadelphia County because, statistically, any award potentially entered against my client would be lower in Dauphin County.” 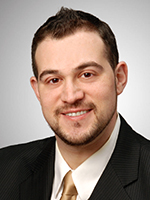 While Marcello is not alone in using the strategy, he wants trucking defense attorneys to know that the tactic can help reduce financial exposure in some cases, including those where fault is either shared or unknown, and where trucks or cargo have been damaged. Unlike plaintiff attorneys, trucking attorneys generally don’t widely share legal tactics, according to Marcello.

“We lament the fact that these billboard attorneys are targeting trucks,” he said. “But while we may lament that, we have an advantage none of them have: We know about the accident before they do. If we aren’t prepared and don’t act immediately, we will squander our greatest advantage — immediacy.”

“I’ve used the tactic in limited ways,” said Ted Perryman of the St. Louis law firm of Roberts Perryman. “I’ve probably had a handful of these cases, but we always talk about it on every case. If I had a trucking company that had my headquarters situated in a judicial hellhole, and I had an accident out of state, I would certainly give the strategy some serious consideration.”

“With the exception of the optics, which are never good, the tactic can help lower the cost of the case to the motor carrier,” Perryman said. “Ninety-five percent of these cases get settled.”

But, as he noted, it may not look good.

“You’re suing the family,” said Rob Moseley, a trucking attorney with Moseley Marcinak Law Group in Greenville, S.C. “Not necessarily the most empathetic of parties.”

Moseley added, “You never can tell just how it’s going to go. It could have the effect of galvanizing the other party when you’re suing [a] widow. And you can’t unring the bell when you do it. Once you do it, you could make them really mad and they’ll settle for nothing but putting your company out of business.”

“The situation is a regrettable and unfortunate one that we’ve got to address,” Marcello acknowledged. “[But] what you lose in optics more than makes up in terms of the jurisdictional benefits.”

“I think it’s something that might work in some jurisdictions where the judicial system moves with some expediency,” said Bradford Hughes, an attorney with Los Angeles-based Clark Hill, who defends truckers in civil cases. “In other jurisdictions it may not work as well. Further, it may not be well received by some jurors. It really depends largely on where the defense can file, and that jurisdiction.”

He added, “Being in California, and considering the various challenges that the defense has under California law, I have not yet had a circumstance where my client felt that filing a pre-emptive suit was prudent. However, we have had situations where a plaintiff will file suit, not serve the defense, and wait several additional years for the plaintiff to continue unnecessary treatments. In those situations, we will voluntarily appear in the case after it is filed so that we can try and get ahead of some of the treatment being sought by the plaintiff.”

Oster warned, however, that there are risks. “Suing a potential plaintiff pretty much guarantees counterclaims lodged against the motor carrier in a case where, in theory, the plaintiff may have originally had no intention of suing,” he said. “Therefore, by forcing the plaintiff to court and encouraging him or her to countersue, you are causing the motor carrier to incur a possibly avoidable claim against its insurance policy and likely face an increase in premiums — especially if the trucking company is regularly forcing others into litigation.”

But Marcello believes, in an accident lawsuit, it’s naive to think that a plaintiff’s lawyer won’t come after a motor carrier with everything they have, no matter the strategy being used by the trucking attorney.

U.S. railroads have begun curtailing shipments of hazardous chemicals ahead of a potential nationwide strike by workers, according to a...

On Tuesday the City of Gering’s Public Safety Committee met to discus changes to the cities current ordinance for truck...

A proposal by federal regulators to require unique electronic identifiers on large trucks wasn’t well received by many of the...

The man was driving south on J. Davis Road in Haralson County around 11 a.m. when he came to a...

PHOENIX (3TV/CBS 5) - Three members of the same family are dead after a rollover crash on I-10 near Casa...