Long Beach harbor commissioners on April 25 approved an agreement — hailed as groundbreaking — that will deploy 100 battery-electric trucks to the twin ports of Los Angeles and Long Beach.

The deployment is key as the ports press ahead on reaching a 2035 goal of an entirely zero-emission truck fleet.

The new drayage vehicles will come from the California Joint Electric Truck Scaling Initiative — or JETSI — project, which is the product of a nearly $27 million grant approved last week for the South Coast Air Quality Management District.

The 100 zero-emission trucks will be owned and operated by two major fleets that serve the twin ports, NFI and Schneider. 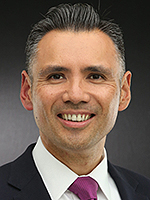 “This will be a groundbreaking event in Southern California,” Noel Hacegaba, the Port of Long Beach’s deputy executive director, told the harbor commission on April 25. “This illustrates what we can do together in partnerships like these.”

Along with the trucks, 50 chargers will be provided and installed at two sites — one each at NFI’s Ontario location and Schneider’s El Monte facility — where the trucks will be based. The AQMD, the region’s air quality watchdog, has partnered with NFI and Schneider to demonstrate the ability for fleets to operate battery-electric trucks and charging infrastructure over a one-year period as part of the Zero-Emission Drayage Truck and Infrastructure Pilot Project.

The total cost of the project is approximately $74 million.

The combined total of $26.98 million in grant money and the $47 million in required matching funds will cover the costs of deploying the battery-electric trucks for drayage and regional short-haul use in the South Coast Air Basin.

The 100 battery-electric trucks will reduce diesel consumption by 690,000 gallons annually, according to a harbor commission report.

The charging equipment is expected to begin arriving later this year, along with the first of the trucks. They will continue arriving until mid-2023, when data collection will begin to determine the program’s success. The program is set to end in 2025.

Both ports began collecting a Clean Trucks Fee on April 1. Cargo owners will pay $10 for every 20-foot equivalent unit entering or leaving the ports on a truck that isn’t a zero-emission vehicle; under some circumstances, the Long Beach port may exempt some low-nitrogen oxide trucks.

The fee is expected to generate up to $90 million to invest in zero-emission trucks.

The goal of reaching a zero-emission fleet by 2035 faces steep challenges.

There currently are not many zero-emission trucks available commercially. On top of that, the costs are exorbitant, up to $1 million apiece in some cases, port officials said at the Clean Trucks Fee launch earlier this month.

Overall, the zero-emission effort is expected to cost some $10 billion.

Schneider ranks No. 7 on the Transport Topics Top 100 list of the largest for-hire companies in North America, and NFI ranks No. 16.