Early Adopters Urge Carriers Not to Delay on Electric Trucks

LONG BEACH, Calif. — Companies considering transitioning to electric trucking need to start now rather than continuously research the process or wait for a wider selection of vehicles from truck builders.

That’s the advice from a panel of early adopters during a discussion at ACT Expo, held May 9-12.

“If you are thinking about going zero emissions, you need to just do it. You need to do at least one truck,” said Bill Bliem, senior vice president of fleet services at NFI Industries.

During the @NACFE_Freight workshop at #ACTexpo, @GEOTAB and @RockyMtnInst highlighted the importance of #telematics and data-driven insights for fleet #electrification and management. #fleets #fleetmanagement #cleantech #cleanenergy #sustainability pic.twitter.com/wUj9jvNRoc

NFI is one of the earliest users of Class 8 electric trucks, running Volvo VNR Electrics and Freightliner eCascadias from the Southern California port to inland warehouse and distribution centers. NFI ranks No. 16 on the Transport Topics Top 100 list of the largest for-hire carriers in North America.

The other panelists agreed that the only way to learn how to use electric trucks is to start integrating them into their operations.

Those jumping into electric trucking need to begin now because of the time it takes to get the charging infrastructure permitted and built at a facility. 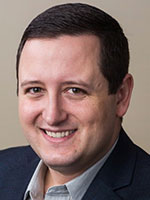 “We definitely encourage everyone looking to electrify to go to their utility providers early,” said Adam Buttgenbach, director of fleet engineering and sustainability at PepsiCo. “Eighteen months is a very real number to get something done.”

PepsiCo ranks No. 1 on the TT Top 100 list of the largest private carriers in North America.

Companies also need to consider how to integrate charging infrastructure into their facilities.

DHL, for example, is pushing into electric delivery trucks but found that many of its older and leased facilities don’t have much flexibility for charging options, said Tim Rivera, the delivery service’s director of fleet management for its Americas network operations. DHL Supply Chain ranks No. 12 on the TT Top 100 list of the largest logistics companies in North America. 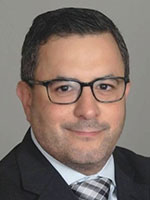 There’s a broad consensus on which duty cycle work best for the electric vehicles companies are beginning to operate. But all of the early adopters want to see trucks that cost less than the current model and go farther per charge.

DHL has lighter Classes 1-3 vans and delivery trucks. Those require the least integration because they can use the same charging infrastructure as passenger vehicles, Rivera said.

PepsiCo has looked at the routes its vehicles will run and is starting to deploy electrics where there is a match, Buttgenbach said.

“If we have certain duty cycles in that short regional range of less than 50 mile routes, we can use smaller battery packs that cost less,” he said.

That’s where the snack and beverage company can begin to scale up, he added.

NFI needs vehicles with a longer range than what has been available initially, Bliem said.

Volvo won an NFI order for 60 VNR Electric regional-haul trucks after making improvements that jumped the range to about 275 miles. They will be deployed in NFI’s Ontario, Calif., site this year and next as the company moves to transition to an all zero-emission fleet.

Michael Roeth, executive director of the North American Council for Freight Efficiency, said those trucks would satisfy about 50% of the routes regional Class 8 vehicles’ travel daily.

That is because the typical duty cycles of regional haul tractors, including out-and-back, hub-and-spoke patterns, allow for charging overnight or during their dwell times, he said.

Even satisfying just half of the market creates a vast addressable market. Roeth said there are an estimated 656,294 regional haul Class 8 tractors in the U.S. and Canada.

All of the panelists agreed the drivers would quickly adapt to electric trucks. The vehicles are more agile, have better acceleration, are quieter and experience less of the jerky galloping of diesel trucks in traffic.

Initially, they also look to be less costly to maintain and have fewer breakdowns.

“We think they will probably go the life of the tractor [and] not even have to change brake pads depending on the duty cycle,” Bliem said.

As NFI pushes heavily into battery-electric trucking, Bliem said it already is eying another technology to advance its zero-emission fleet goals. He said that the carrier is talking to several manufacturers and the Southern California ports to launch a pilot program with hydrogen fuel cell vehicles that can travel longer routes.