Net income for Daimler, which reports in euros, for the period ended March 31 was the equivalent of $289.8 million, or 33 cents per diluted share, compared with $1.52 billion, $3, a year earlier.

Following the outbreak of Russia’s war against Ukraine, Daimler Truck decided on Feb. 27 to suspend all business activities in Russia until further notice.

For the first quarter, the resulting impairment had a negative one-time effect of $179 million. The remainder of the anticipated total effect of roughly $210.7 million will be written off at a later point in time, according to the Stuttgart, Germany-based company. Given the strong demand in other regions, it noted the volume lost in the affected markets was reallocated and absorbed immediately by other markets.

“Given the ongoing challenges in the supply chain and the potential impact of the Ukraine war on the overall economy, our practice of strict fixed cost management and cash preservation is more important than ever to ensure sustainable profitability. We do not waver here, not a bit,” said Jochen Goetz, chief financial officer of Daimler Truck. 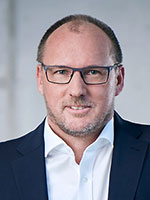 The return on sales for trucks in North America dropped to 8.4% compared with 11.9% a year earlier.

North American truck orders fell 28% in the first quarter to 39,069 compared with 54,344 a year earlier — and its backlog remains at record levels, with no chance to get a truck this year without an order already in the works. Some of those orders will slip to 2023, Goetz said.

“Daimler Truck was able to benefit from the strong demand situation in the first quarter supported by strong unit sales in the segments Trucks North America and Mercedes-Benz, improved net pricing and positive contributions from aftermarket sales and used vehicle business,” Goetz said.

Daimler also reported it optimized its allocation of semiconductors, taking some from Asia for use in North America, and adjusted-net-pricing acted as a countermeasure to chip shortages and headwinds from raw material prices.

Spending on research and development increased 2% to $406.7 million compared with $398.3 million a year earlier.