Argo AI, the driverless startup backed by Ford Motor Co. and Volkswagen AG, has started testing self-driving vehicles in Miami and Austin, Texas, without a human behind the wheel.

While the cars aren’t the first fully driverless vehicles on the road, the tests may be the toughest so far for the technology. Argo CEO Bryan Salesky said in an interview the company is the first to put cars on the road in major cities during rush hour with no safety driver inside.

“We’re the first to go driverless in the heart of two major markets during daytime business hours, in busy neighborhoods with significant traffic, pedestrians and bicyclists,” Salesky said. “Others have pulled the driver when they’re operating at night, when there’s nobody around, or when they’re in the suburbs.”

The vehicle will still carry a person in the passenger seat who can pull the car over and stop in an emergency. 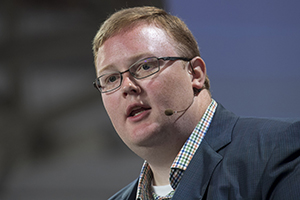 Self-driving vehicles are seen as a solution to automotive crashes that take more than 1.3 million lives a year globally. But the public remains wary of driverless cars, especially after high-profile accidents have exposed the limits of the technology.

Alphabet Inc.’s Waymo and General Motors Co.-backed Cruise are also working to bring more driverless vehicles to city streets. Both companies have run test vehicles with an empty driver’s seat. Argo was founded in late 2016 with $1 billion in seed money from Ford.

Salesky said Argo’s new tests were enabled by a lidar sensor it developed that allows cars to “see” 400 meters down the road. Argo’s entire test fleet, in eight cities in the U.S. and Germany, will be outfitted with the sensor by year-end, he said.

“By the end of the year, we’ll have the whole fleet, basically public-road ready for driverless,” Salesky said.

Salesky says the lidar sensor, which bounces light off objects to create an image of the road ahead, is the key to commercializing its autonomous system.

Argo is already testing its self-driving system with the public in pilot programs with Lyft Inc. and Walmart Inc. in Miami, Austin and Washington, D.C. Salesky added that Argo plans to take on more customers and is in “active discussion” for ride-hailing and driverless delivery deals.

Argo’s fully driverless system was evaluated by TUV SUD, a German testing firm, before the vehicles hit public roads. TUV said the concept was “sufficiently effective and trustworthy for testing,” Argo said in a statement. Eventually, driverless cars may ferry people and packages without any human minder on board. Salesky says that by pulling the safety driver, Argo is now closer to that goal.

“This is a big milestone,” Salesky said. “We’re showing this can be done where the demand is and where the miles are to actually build a business around it.”

Tesla’s Full Self-Driving technology may be a failure, Tesla lawyers admit — but it’s not a fraud.The electric car company...

(Images: Stellantis) We won’t see the Ram Revolution concept at a conventional truck show, but at a tech expo. Both...