Infinitum Electric, an electric motor maker based in Texas, has attracted $80 million in investment from several major energy-focused firms, enabling it to boost production.

Electric motors are the ubiquitous workhorses of modern life that the International Energy Agency in 2016 estimated consume 53% of the world’s electricity generation. They drive everything from computer and refrigerator fans to irrigation pumps, washing machines, golf carts and heavy-duty trucks. Motors may propel 30% of industrial electricity demand growth by 2040, Deloitte analysts wrote in 2020.

Infinitum Electric’s motors are being targeted for use in heating, cooling and ventilation, portable power generation and cars, among other applications. 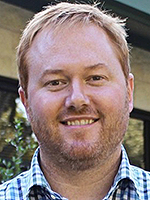 They’re half the weight and size of conventional designs, and much quieter, said Ben Schuler, CEO and founder. By swapping out conventional components, such as iron and copper wiring, for a printed circuit board that has copper conductors etched into it, the design is more durable and recyclable, eliminating wear and tear common to iron and copper motors that expand under heat and cool at different rates. The company said it has secured customer agreements worth more than $900 million in potential orders.

Engineers and investors commonly point out that the architecture of the electric motor has remained stable since Nikola Tesla invented it in the late 1880s. Making them more efficient has become an industrywide challenge — “table stakes” for new products, Schuler said.

Infinitum Electric motors also have so-called variable frequency drives (more than just on and off), which offer more flexibility and possibility for energy savings — up to 65% of the typical energy consumed by regular motors, Schuler said.

“If you want to make a dent in energy demand, motors are a great place to start,” said John Staudinger, managing director of Riverstone, a firm that has invested more than $6 billion in renewables and decarbonization over the past 13 years.

Schuler, who started Infinitum in 2016 with money from his retirement accounts and his kids’ 529 college savings accounts, traces the motivation back to work he did in his 20s in Taiwan and Japan, designing equipment that incrementally sped up the manufacture of smartphone glass.

“What I took with me from that experience is, finding something that makes incremental impact or incremental change can provide massive value,” he said. “I took that and related it to the whole green energy thing.”

The U.S. Department of Energy, the private sector and a new national nonprofit have stepped up their respective efforts recently...