The federal government’s representative before the U.S. Supreme Court is recommending that the high court deny review of the California Trucking Association’s legal challenge of a California law aimed at reclassifying owner-operators as carrier employees.

“The petition for a writ of certiorari should be denied,” the Solicitor General of the United States said in a May 24 brief. “The court of appeals correctly determined that petitioners were unlikely to succeed on their claim that the [Federal Aviation Administration Authorization Act] preempts applying the ABC test as codified under California law to owner-operators, and the court’s decision does not conflict with any decision of this Court.”

CTA has sought to block application of the California law imposing the restrictive so-called ABC test for determining worker status as an independent contractor or employee, claiming the state legislation essentially makes all drivers employees and must be preempted by federal law.

The three-pronged ABC test dictates that a worker is considered an independent contractor to whom a wage order does not apply only if the hiring agency establishes:

The Federal Aviation Administration Authorization Act is the context for much of the trucking industry’s legal determinations because it preempts any state law, regulation, or other provision related to a motor carrier’s price, route or service.

“Although the circuits have reached differing outcomes with respect to FAAAA preemption of the ABC test as codified under the laws of various states, those case-specific decisions do not create a conflict warranting this Court’s review,” the Solicitor General wrote.

If the court follows this recommendation and decides not to hear the case, it could mean that the California law — known as AB 5 after its legislative designation — would shift the current test to the “ABC” test to determine if an owner-operator should be reclassified as a carrier employee.

“Although the Solicitor General’s brief is very influential and often tracks the Court’s ultimate determination, the ultimate decision remains with the court and takes four justices to vote to hear the case,” said a statement issued by the Indianapolis trucking law firm of Scopelitis, Garvin, Light, Hanson & Feary P.C. “Nevertheless, this is not a positive development in the effort to reverse the 9th Circuit opinion.” 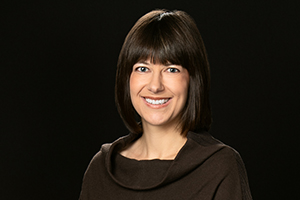 Elizabeth Prelogar is the current Solicitor General. The brief was submitted in response to the Supreme Court’s order inviting her to express the views of the United States. In her position, she serves as the fourth-ranking individual at the Department of Justice, and is responsible for conducting and supervising all Supreme Court litigation on behalf of the United States.

CTA and the State of California have 14 days from the date of the filing to submit supplemental briefs responding to the Solicitor General’s brief, the Scopelitis statement said. “The petition will be considered by the Supreme Court at its next conference at least 14 days from [May 24]. Given the timing, it is possible that the petition will not be considered before the Court recesses for the summer at the end of June, in which case the next currently scheduled conference is Oct. 6.”

The petition seeking the high court’s review came after the 9th U.S. Circuit Court of Appeals declined to reconsider its earlier rejection of CTA’s legal challenge to AB 5.

The court of appeals held that CTA was unlikely to succeed on the FAAAA preemption issue. After reviewing relevant precedent, the court explained that “a generally applicable state law is not ‘related to a price, route, or service of any motor carrier’ for purposes of the F[AAA]A unless the state law ‘binds the carrier to a particular price, route or service’ or otherwise freezes them into place or determines them to a significant degree.”

“The 9th Circuit’s holding should not stand,” CTA said in its Aug. 9 petition. “It creates a conflict in the circuits. It rests on a construction of the Federal Aviation Administration Authorization Act of 1994 that departs both from the statutory language and from this court’s approach. It will cause disuniformity in national commerce while disrupting the operations both of motor carriers and of owner-operators. And it interferes with the routes, services and prices of motor carriers — just what Congress meant the FAAAA to prevent.”