Congressional funding leaders are aiming to kick off consideration of the 2023 transportation appropriations bill as early as June.

“All modes have benefited, but our focus on intercity passenger rail and transit has been especially strong,” said Rep. David Price (D-N.C.), the chamber’s transportation funding subcommittee chairman. 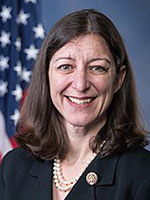 Appropriators have indicated they are crafting the legislation with input from colleagues. For instance, Rep. Elaine Luria (D-Va.), a member of the House Armed Services Committee, is seeking support for a local project along Laskin Road in the Virginia Beach area. She explained her $2 million request would be used to improve the corridor’s existing alignment. As she put it, “Improvements to Laskin Road will widen the four-lane plus frontage road facility to a traditional six-lane divided facility with a raised median as well as a sidewalk and shared-use path for bicycles and pedestrians.”

The Democrats’ bill is expected to reflect many of the priorities proposed by President Joe Biden’s fiscal 2023 budget request for the U.S. Department of Transportation, congressional aides familiar with the appropriations process told Transport Topics.

On the Senate side, funding leaders are expected to debate their legislative versions soon after the House votes on its appropriations bills. The objective for congressional funding leaders — House Appropriations Chairwoman Rosa DeLauro (D-Conn.) and ranking member Rep. Kay Granger (R-Texas), and Senate Appropriations Chairman Patrick Leahy (D-Vt.) and ranking member Sen. Richard Shelby (R-Ala.) — is to arrive at a bipartisan consensus on overall discretionary measures by the start of the next fiscal year on Oct. 1.

When they debate the bills, Democrats have signaled they intend to push for additional spending on social programs while Republicans will likely seek more funding for homeland and defense agencies.

For the U.S. Department of Transportation, the White House is calling on congressional funding leaders to approve $142 billion for fiscal 2023. Aspects of the request consist of $23.6 billion for aviation modernization, $4.45 billion for major transit projects, $3 billion for safety programs at the Federal Highway Administration, $1.5 billion for infrastructure construction grants and $230 million for port projects.

Funding for most operations at the U.S. Department of Transportation, as well as much of the federal government, expires at the end of September.