As in Oklahoma, state legislators across the nation are working to create new laws to promote the development and use of hydrogen energy.

Arizona: Sen. Thomas Shope (R) sponsored two bills during Arizona’s ongoing 55th Legislature, which began Jan. 10. One, to form a hydrogen study committee, became reality April 22 under legislation signed by Gov. Doug Ducey. The committee is directed to evaluate the value of hydrogen fuel production, use, distribution and storage. A second bill would exempt some taxes on retail sales of hydrogen for motor vehicles use, and when sold to a qualified environmental technology manufacturer producer/processor. The bill has been referred to a Senate Finance Committee. The legislative session ends June 30.

California: Sen. Nancy Skinner (D) introduced a bill Feb. 15 during the current California State Assembly (which runs to Aug. 31) to support California’s bid for a federal hydrogen hub grant. It requires the state’s Air Resources Board, public utilities and energy commissions to consider hydrogen to reduce greenhouse emissions and help grow the state’s hydrogen economy. It also would require the governor to appoint a hydrogen hub director by April 2023 to coordinate efforts to produce, deliver, store and sell energy to end users. The bill would also provide grants to help produce or use 15,000 tons per day of clean hydrogen by 2030. Passing both chambers, the bill was ordered May 24 to be placed on a special consent calendar. 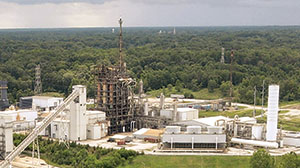 Connecticut: The Connecticut General Assembly passed Special Act No. 22-8, which Gov. Ned Lamont signed May 23, to create a task force to study hydrogen fuel energy in the state’s economy and infrastructure. The first task force meeting was set to be held within 60 days of the law’s enactment. A report on its findings and recommendations is due Jan. 15, 2023.

Louisiana: Sen. Stewart Cathey Jr. (R) sponsored a bill in the state Legislature on March 4 called the Louisiana Consumer Fuel Choice Act. It would define energy types to include hydrogen, renewable diesel, electricity for electric vehicles, gas distillates and liquefied petroleum gas. Local authorities would be prohibited from limiting customer access to fuel choices. The bill was modified in the Senate and House before passing, and was returned May 25 to the Senate for concurrence. If House amendments are approved, it will be sent to Gov. John Bel Edwards, and would take effect immediately on Edwards’ signature.

Nebraska: Gov. Pete Ricketts on March 16 signed into law a bill introduced Jan. 29 by Sen. Bruce Bostelman (R) during Nebraska’s 107th Legislature for the state Department of Economic Development to create the Nebraska Hydrogen Hub Industry Work Group. Representatives (including those from the transportation, manufacturing or industry, agriculture and energy sectors) must now draft a proposal to the U.S. Department of Energy for consideration to be selected as one of four regional clean hydrogen hubs under the Infrastructure Investment and Job Act.

Washington: Gov. Jay Inslee on March 31 signed into law a bill to establish the Office of Renewable Fuels to hasten the use of hydrogen. The legislation was introduced Jan. 19 by Sens. Reuven Carlyle, Andy Billig, Steve Conway, Sam Hunt, Mark Mullet, Rebecca Saldaña and Derek Stanford (all Democrats) and Republican Sen. Brad Hawkins. The office will promote partnerships among transportation, industry, agriculture, fuel producers and public agencies. Other mandates are to identify barriers and provide financial incentives to deploy hydrogen fuel infrastructure and foster jobs in clean energy. By Dec. 1, 2023, the office must develop a state renewable fuels plan and policy for green electrolytic hydrogen (made without using steam or converting fossil fuel feedstock). Some provisions took effect immediate upon passage, while the remainder are slated for June 9.