Before the end of Year One of the COVID-19 pandemic, Elon Musk did something a lot of other people were doing at the same time: He moved. Once in Texas, several of his business ventures followed, including Boring Co., a startup seeking to create underground transportation systems. The company, which had previously set its sights mainly on the coasts, is suddenly focused sharply on the Lone Star State.

Public documents obtained by Bloomberg show the extent of Boring’s ambitions in Texas. Over the last year, company representatives have pitched state officials on at least eight projects. The proposals range from kernels of ideas to detailed presentations. None has moved beyond the concept phase.

Most of the projects would be in the Austin area, near Boring’s headquarters in the suburb of Pflugerville. The pitches include transport for cars, groundwater culverts and a pedestrian walkway. Almost all of them have never been reported on before. Each was referenced in communications with Texas officials or other government documentation that Bloomberg received through a public information request. Here is the list of the Boring projects under consideration in Texas:

Underwater Tunnel to a Barrier Island

One of the first projects Boring sought to develop in Texas was an underwater tunnel for cars near the Gulf of Mexico. Brian Gettinger, Boring’s self-described “tunnel evangelist,” who joined as the business development head in May 2021, was pitching a tunnel under the Aransas channel after about a month on the job. Port Aransas near Corpus Christi is in a popular vacation destination for people from around the state. Roads and ferry routes there are routinely clogged.

Although the company has never dug under a body of water at this scale, it has pitched similar projects to Miami and Fort Lauderdale, Fla. So far, no one has offered Boring a contract, and a Texas official didn’t appear eager to take a risk on the startup. “Nothing new,” Valente Olivarez, the Texas Department of Transportation district engineer for the area, wrote in the last email on record about the proposal. “I’ll contact you if I need additional information.”

Before Boring, there was the Hyperloop. Musk envisioned a tubular, vacuum-sealed transportation system that would allow people to travel between cities at astonishing speeds. He urged engineers to build the systems to his specifications. Some tried, and none has yet succeeded. Boring’s own plans have faced resistance, in part from regulators who were not in a hurry to approve a system between New York and Washington, D.C.

The Hyperloop remains in Boring’s plans. A company presentation marked as confidential, which Gettinger emailed to a Texas transportation official in June 2021, said, “All loop tunnels are designed for the loading and sealing requirements to accommodate Hyperloop, allowing increases in speeds from Loop’s 150 mph to Hyperloop’s 600+ mph.”

Musk, a former Angeleno, founded Boring in Southern California with the stated goal that it would “solve traffic.” Austin offers a challenge similar to the one in Los Angeles. Traffic in the Texas capital is terrible and getting worse. The population reached nearly 1 million in the 2020 Census, a more than 20% increase over the previous decade. 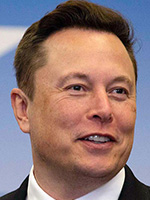 In September, Gettinger asked a state transportation official whether his agency would support a project to create a new connection between two major roads running through Austin, US Highway 290 and Texas State Highway Loop 1. The latter is known colloquially as MoPac, named after the Missouri Pacific Railroad, a Civil War-era rail project. For Austinites, MoPac congestion is a routine source of frustration. (A popular Twitter account among locals is called Evil MoPac.) Highway 290 and MoPac already intersect in the southern part of Austin, but Gettinger apparently was envisioning an additional conjunction in the north. The Central Texas Regional Mobility Authority official, James Bass, called Gettinger the next day, but the documents contained no description of their conversation.

Perhaps the most promising development in Texas so far — and the only one on this list that has been previously disclosed— is one that Gettinger took to calling “the project.” In November, he met with state transportation officials and asked for diagrams of structures, geotechnical data and the depths of various roads. The focus was on streets around Tesla Inc.’s Gigafactory, where the company manufactures cars, and ones near the airport and through downtown.

Pflugerville, where Boring is now based, is a big football town. The Pflugerville High School Panthers regularly play to crowds of 10,000 people at their stadium. In January, Gettinger floated an idea: Would the Texas transportation department help pay for a pedestrian tunnel from the school to the stadium? “Likely about $3 million in all. Certainly less than $5 million,” Gettinger wrote. The official said he forwarded the email to his colleagues. It’s not clear what, if anything, transpired.

Musk has outlined big ambitions for Boring, but the company has expressed plenty of interest in small, suburban developments. On May 3, the city council in Kyle, Texas, approved a preliminary engineering study of a Boring tunnel that would connect a housing estate to a retail development about two miles away.

MoKan, an abandoned railway track near Austin, has long been the subject of debate among regional authorities. Should the corridor be used for hiking and biking trails or a new highway? Gettinger offered another idea: What about a tunnel? The subject was on the agenda for an online meeting between Boring and the state transportation department on Feb. 4. Two days later, Gettinger followed up by email: “Could be a great tunneled application, and not just in Pflugerville.” Officials suggested Gettinger inquire about a subterranean lease.

Boring’s only commercial project, in Las Vegas, is designed to transport people in modified Tesla cars. The startup intends to do more, though. It pitched two water drainage systems in Texas. One in Austin would service Interstate 35. “Our standard tunnel offering is likely in the right size range to be useful and would be substantially less expensive,” Gettinger wrote on April 18. “We aren’t hydraulic engineers but with local Austin resources we could do the civil/structural/technical planning and design of this work and then build it.” It’s unclear if the engineer was open to the suggestion. Gettinger proposed another drainage system in Houston in March, although the procurement deadline had already passed earlier in the month without an application from Boring.

— With assistance from Sean O’Kane.

For at least one month, August, the Port of New York and New Jersey was the busiest container port in...