Departments of transportation in New Mexico and Texas have begun evaluating their portions of a new freight corridor since Biden on March 15 designated an entire roadway system, called Ports-to-Plains Corridor, as a future interstate highway when signing the fiscal 2022 omnibus appropriations bill.

This interstate designation had been sought since 1998, when Congress deemed the route a high-priority corridor in a step to create an interstate under the Intermodal Surface Transportation Efficiency Act after the North American Free Trade Agreement was adopted. The United States-Mexico-Canada Agreement replaced NAFTA in July 2020.

With $96 billion in exports between corridor states, some estimates project that number could soar to $195 billion by 2040 if there were better transportation linking the United States with its largest trading partners in Canada and Mexico.

The Ports-to-Plains Corridor is meant to provide a continuous North American freight route through three partner organizations spanning the United States: the Ports-to-Plains Alliance (representing 200 partner communities across nine states), Heartland Expressway (for the area between Colorado, South Dakota and Nebraska) and Theodore Roosevelt Expressway (from Montana and the Dakotas to Canada).

The plan now is to extend Interstate 27 from its current west Texas-only stretch (between Lubbock and Amarillo) to Laredo at the southern border with Mexico and upward to Raton, N.M. The interstate designation enables state DOTs to use funds to create the freight route with new construction and adding on existing roads (such as state highways that will be converted to become part of I-27). 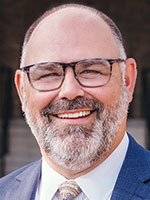 John Osborne, Ports-to-Plains Alliance board chairman, noted improving freight routes through Laredo, as the nation’s busiest inland port, and Texas is desired by officials in the state and Mexico.

“Currently there is an interstate that goes from Laredo up through San Antonio to Dallas and on up all the way up to Minneapolis and that’s I-35,” Osborne noted. “All that truck traffic goes through sixth- and seventh-largest cities of the United States along with one of the most populous capitals in Austin, which creates a lot of congestion in those areas. It is also pretty difficult for trucks to get their freight to where they want to go because of how congested that whole part of Texas is.”

An improved I-27 would create a new parallel route from Laredo allowing additional international freight loads to come through two other Texas border crossings (Del Rio and Eagle Pass) plus new connections to several other interstates, creating an expanded grid for truck traffic.

Conceding that building roads is a slow process and the I-27 project could take decades to complete, he noted that some Texas district engineers are already including it in project plans.

Adam Hammons, TxDOT media relations specialist, said the corridor will not be given higher priority than other state projects and will receive funds normally through the state’s annual project selection process.

Hammons emphasized the importance of providing an alternative trucking route to I-35. “West Texas is home to the largest energy-producing region in the country and one of the larger agriculture producing regions. It is critical to have safe and efficient freight mobility to serve the state and our nation,” he stated.

Travis Martinez, NMDOT District 4 public information officer, said extending I-27 would involve minimal rerouting, possibly at Clayton with an interchange, and likely follow the U.S. Highway 64/87 corridor with a systems interchange near the I-25 exit in Raton.

Additional funding sources, such as federal mega grants, would be needed because an economic impact study put the total cost at $1.3 billion, Martinez said, adding that the state would have to build interchanges, frontage roads and bypasses. 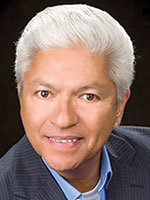 Clayton, Raton and other rural New Mexico communities hope the interstate designation will be an economic boon since they are located along the proposed corridor route, noted Raymond Mondragon, government specialist with the Eastern Plains Council of Governments, one of seven regional councils created by the state in 1969 to help with transportation planning and economic development.

“By designating it [the current area] as interstate, we are hoping that more of the traffic from the trade corridor will take a shortcut through there and bring in opportunities for those small communities,” Mondragon said.

Companies and site selectors can now look at those communities to consider opportunities for economic development and locations for truck stops, he added, noting that Clayton, whose population is 3,000, has an industrial park and designated a new truck parking area.