The railroad has about 6,700 train employees and needs to add 300 more, Foote said at a conference sponsored by AllianceBernstein Holdings. That’s not as easy as it was before the pandemic even though railroad jobs pay on average about $130,000 a year including benefits.

The annual attrition rate has jumped to 10% from 7%, Foote said. After accelerating hiring, the company in the last year brought on about 1,000 train workers, but that was only enough to keep up with those who left, Foote said. 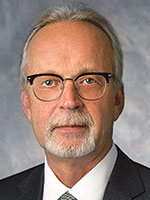 “How much business are we missing? Lots. This is not minimal. This is not on the fringes,” he said. “We’re not doing the job we should be doing.”

Railroads came under fire in April during hearings on poor service called by the Surface Transportation Board, raising calls from shippers for changes to boost competition and settle rate disputes faster. Workers also weighed in during the hearings, saying that cost cuts and work rules that give them few full days off were driving people away from rail jobs.

Foote said he wasn’t on an “apology tour” for failing to keep up with demand because there was no way to plan for COVID-19. Plus, he said, he never would have imagined CSX couldn’t quickly rehire the workers the company laid off at the beginning of the pandemic when many manufacturers shut down operations in 2020.

“I admit 100% that we’re not servicing our customers’ needs,” Foote said. The Jacksonville, Fla.-based company’s shares have fallen about 13% this year, compared with a 12% drop in the S&P 500.

Every day I sit surprised, watching as freight vehicles struggle to pull the heavy loads they have been saddled with,...

FedEx Corp. expects to save as much as $2.7 billion this fiscal year through wide-ranging cost-cutting measures in response to...

article Dylan Boerboom, the owner of Boomin' Barbecue in Northeast Minneapolis, says the city is threatening to shut down his...