From the outside, the Mercedes-Benz Axor used for sugar cane harvesting in Brazil may not look very special. Under the skin, however, it is equipped with an advanced automated driving system.

The Axor has been used in Brazil since 2019 and was modified for sugar cane harvesting by Mercedes and Brazilian agricultural manufacturer Grunner. By the end of 2022, roughly 640 Axor models will have been modified by Grunner, 580 of which will be in the hands of customers.

An advanced autonomous system means the truck can take over speed and distance control when working alongside a sugar cane harvester. While the driver can intervene at any time, the Axor can drive automatically alongside the harvester at roughly 6 km/h (3.7 mph), collecting the sugar canes. 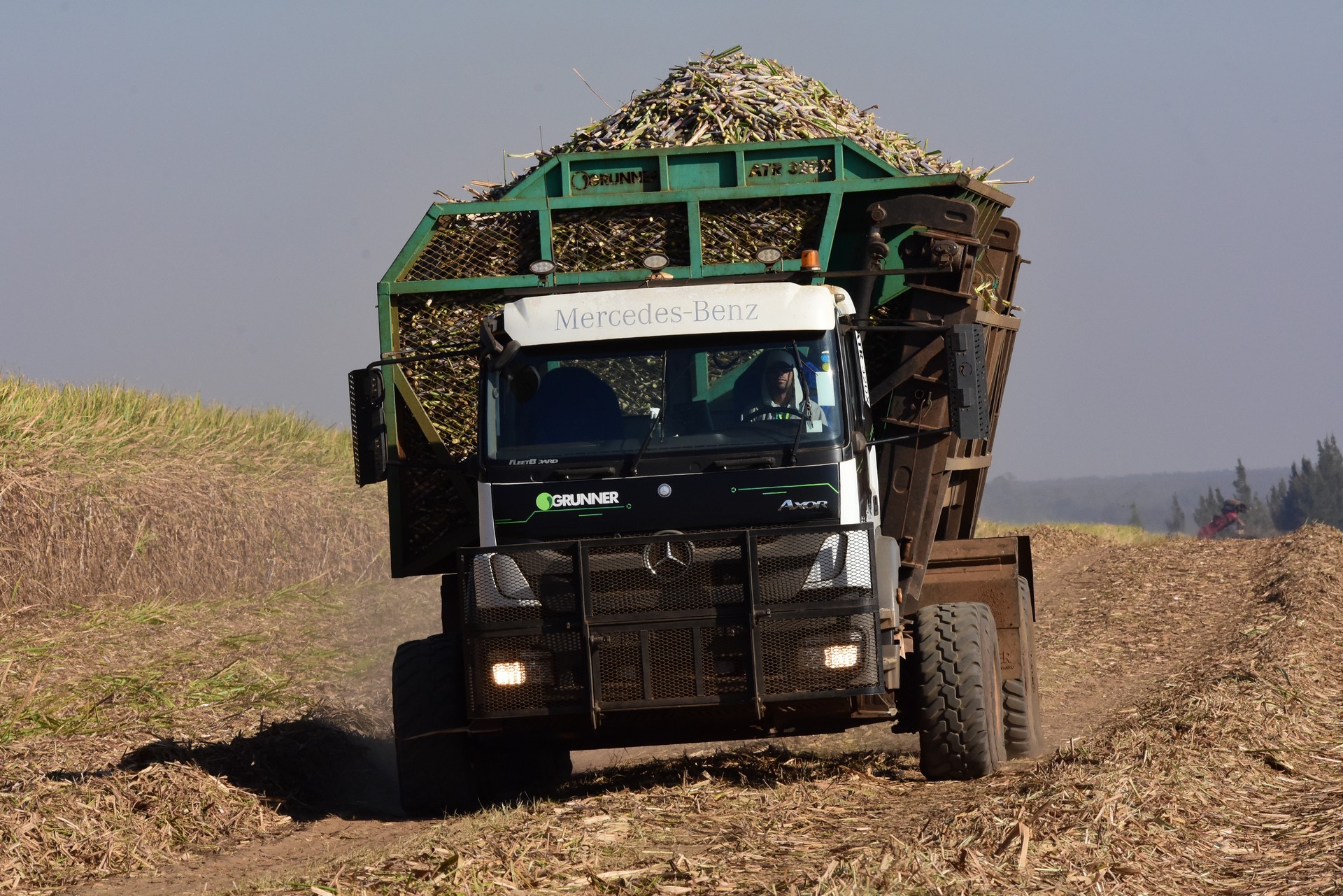 Enabling the autonomous functions of the Axor simply requires the harvesting route to be determined beforehand on the onboard computer.

Mercedes-Benz Axor models used by sugar cane farmers also sport an additional front axle and have tires that sit outside the extremities of the bodywork.

The German car manufacturer says that the automated Axor is more fuel efficient than a traditional sugar cane truck and also has lower maintenance and servicing costs. It can also harvest around twice the amount in the same time due to the higher average operating speeds.