The national average price of diesel shot up 16.4 cents to settle at a record $5.703 a gallon, according to Energy Information Administration data released June 6.

• The increase comes after three straight weeks of declines shaved 8.4 cents off the average cost of a gallon.

• Diesel’s cost rose in eight of the 10 regions in EIA’s weekly survey. The price climbed the most in the West Coast less California and California, at 32.9 cents and 28.9 cents, respectively. It fell 3.1 cents in New England and 2.9 cents in the Central Atlantic.

• Gasoline, meanwhile, made an even more pronounced upward move. Gas rose 25.2 cents to reach $4.876 a gallon. 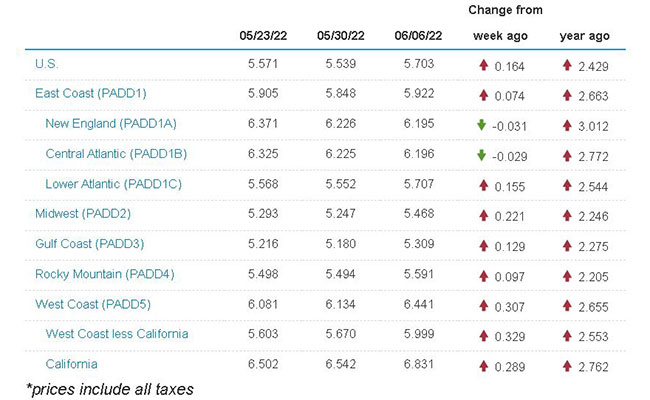