ATLANTIC CITY, N.J. — In 2018, Wilbert Vano’s family said that to train for truck driving competitions that year, Vano had been waking up at 6 a.m. on most weekends.

The dedication associated with those early morning practices paid off, as Vano took home second place in the twins division at that year’s National Truck Driving Championships. 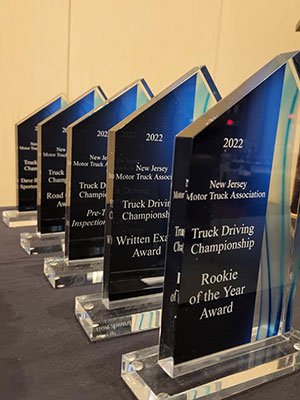 The professional driver with XPO Logistics is counting on that extra 30 minutes to help get him atop the podium at this year’s national tournament. He explained state level tournaments are challenging, but participating at nationals is another thing entirely.

“Nationals is a totally different animal now because you’ll be competing with the best of the best,” Vano told TT at the state tournament’s reception. “Just have to come with pretty much my A-game, and see where I’ll come up, and stay humble.”

Vano, competing in the 3-axle class, was named this year’s New Jersey grand champion at a tournament held at Harrah’s Resort. He said he devoured the requisite book on trucking guidelines (a written exam is among the three pillars of both a state’s qualifier and the national tournament), to prepare for competition. He also trained extensively for the pre-trip inspection portion of the contest, as well as the safe-driving component.

Nationals is a totally different animal now because you’ll be competing with the best of the best.

His strategy for excelling at the driving course, which was set up at the side of the Harrah’s compound, overlooking the Borgata hotel and casino: “Take my time. Concentrate. Focus on every problem. Meanwhile, you have to think ahead of you, what’s coming.”

Vano insists he’s not thinking of accolades en route to nationals. He also is keeping his expectations low. 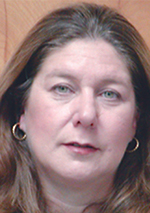 At the tournament’s reception, Toth offered a direct message for Vano.

“Wilbert, do not come back to New Jersey if you don’t win one of those trophies,” she said jokingly.

Other New Jerseyans punching their tickets to nationals: