Oregon officials are reminding some owners of medium- and heavy-duty trucks using engines made in 1996 or older to get a diesel retrofit by Jan. 1.

Owners in Clackamas, Multnomah and Washington counties may not renew registrations next year for diesel-powered trucks having a gross vehicle weight over 14,000 pounds and powered by engines made in 1996 or older unless equipped with approved retrofit technology and certified by the state Department of Environmental Quality.

The law applied in only those three counties because of their location in Oregon’s most populous region surrounding Portland. State officials contend diesel trucks with older engines emit 10 times more pollution than newer ones as the commercial vehicles pass through the metro area and across the state.

Issuing announcements about the new law are DEQ, the state Driver & Motor Vehicle Services Division and the Commerce and Compliance Division.

Current trucks exempt for diesel retrofit compliance include farm, training and emergency training vehicles as well as heavy trucks driven in a year 5,000 miles or less and fleets with five or less heavy trucks. Exemption questions for medium-duty trucks are being handled by the DMV and by CCD for heavy trucks.

A total of 2,400 trucks will be impacted by the new law as it is phased in beginning next year, said David House, ODOT public information officer.

Fleet owners and motor carriers are being asked to be ready for provisions of 2019 law (House Bill 2007) that will take effect Jan. 1 for some medium-duty box, flatbed or service trucks and heavy trucks such as dump trucks, cement trucks and tractor trailers with 1996 or older engines.

The law will be enforced when DMV and CCD refuse to register an affected truck at its renewal date after the implementation dates in the phases, House noted. 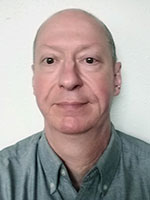 “The environment was very different when this bill passed in 2019. Business was great, the economy was doing well and there were fewer concerns with these deadlines,” said Jana Jarvis, president and CEO of Oregon Trucking Associations. “We couldn’t have foreseen the supply chain issues that we are living with now — one of my dealers who handles medium-duty equipment is very concerned since he can’t get enough new trucks to meet demand.”

She noted that most of her members are not running equipment that old so she has “heard very little” but expects “as there are issues in 2023 that some of those will come to my attention.”

Oregon’s law also allocated $40 million ($8 million annually between 2021 and 2025) in DEQ’s Diesel Emissions Mitigation Grant Program to help companies pay costs to retrofit truck engines. This revenue is from the Environmental Mitigation Trust Fund program based on a settlement between the United States and Volkswagen Group of America in which VW provides $2.9 billion nationwide to mitigate previous and current excess emissions of nitrogen oxides from noncompliant vehicles. Oregon’s share is $73 million, which must be spent by October 2027 to upgrade diesel equipment from older polluting engines to newer, cleaner technology.

Susan Mills, DEQ public affairs specialist, said truck owners can be given grants to pay for up to 100% of retrofit technology costs.

With the June 7 deadline passed for the latest grant applications, Mills said she expects the grant program “to remain oversubscribed, as it was last year” while noting that DEQ tries “to fund as many projects as we can.”

She said grants, awarded to highest-scoring applications, have different amounts and are based on project costs identified in a competitive bid process DEQ requires.

However, Jarvis said costs are a big issue that will grow as Oregon moves toward cleaner trucks and following California’s clean truck and clean fleet rules.

“Proponents of this bill kept pointing to the lower cost of retrofitting one of these older trucks and stated it could be done for around $15,000,” Jarvis said. “My members claim that these retrofits don’t work — but again, they usually don’t have equipment this old.”

House predicted that forthcoming state transportation projects will benefit by having cleaner trucks working on projects.

“From ODOT’s perspective, the long-term benefit extends to state highway projects, which are all contracted to the private sector and require shipping of materials to and debris away from work sites,” House commented. “So there is a positive environmental impact [from the law] in maintaining Oregon’s transportation infrastructure.”