US sends another $1 billion in weapons for Ukraine, including truck-mounted Harpoon systems 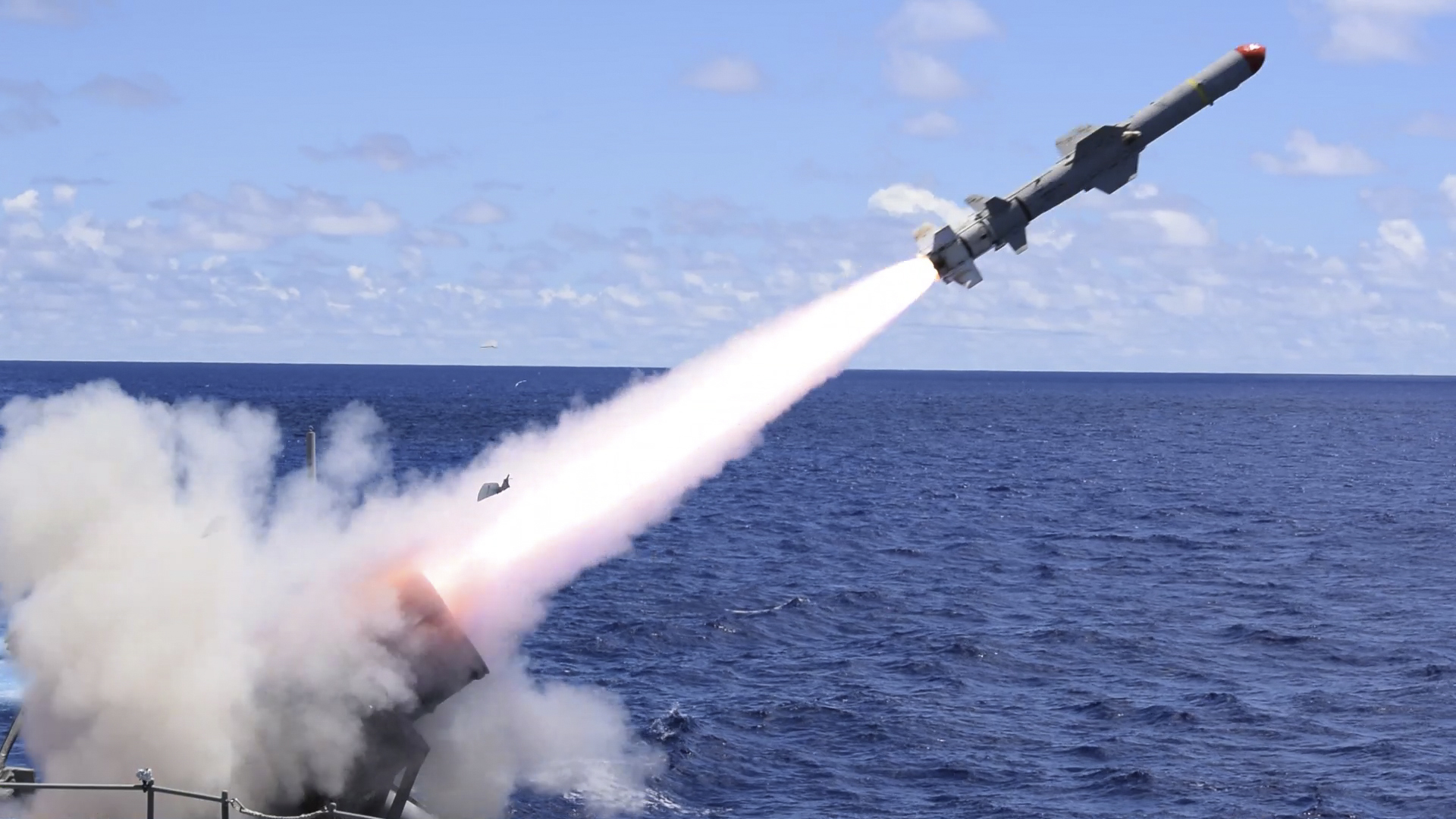 WASHINGTON: The White House today announced another $1 billion in security assistance for Ukraine, including for the first time two Harpoon coastal defense systems that will be mounted on trucks — a capability not currently in US inventory.

In addition to the Harpoon systems, the package includes 18 Howitzers, more ammunition for the HIMARS long-range rocket systems, thousands of secure radios, night vision systems and funding for everything from training to administrative costs, according to a breakdown provided by the Defense Department.

President Joe Biden said in a statement that the rocket systems and artillery, in particular, are the weapons “the Ukrainians need to support their defensive operations in the Donbas” in eastern Ukraine.

“This morning, I spoke with President Volodymyr Zelenskyy to discuss Russia’s brutal and ongoing war against Ukraine,” Biden said. “I reaffirmed my commitment that the United States will stand by Ukraine as it defends its democracy and support its sovereignty and territorial integrity in the face of unprovoked Russian aggression.”

On top of the $1 billion in security aid, Biden announced some $225 million in “humanitarian assistance” to help Ukrainians get safe drinking water, medical supplies and the like.

“We’re working in lockstep to meet Ukraine’s requests for new capabilities — particularly its need for long-range fires, armor and coastal defense,” he said.

The newest capability included in this package are the Harpoon systems. The US does not have ground-vehicle mounted Harpoons in inventory, but after looking at Ukraine’s requirements and getting industry feedback, DoD officials concluded such a setup would work for Ukrainian needs, according to a pair of senior defense officials who talked to reporters at the Pentagon on background.

The US will provide two launchers, while the actual missiles and vehicle to move them around will be provided by other nations. While the senior defense officials avoided saying what country would be providing the actual missiles, the Ukrainians were previously provided Harpoon missiles by Denmark, a move applauded by the US at the time.

“The provision of Harpoon is not in response to any particular piece of new information. It’s a combination of continued consultation with Ukrainians and coastal defense still being near the top of their urgent requirements list,” one of the officials said.

However, it could take “several” months for those systems to be put on contract, procured, transferred to Ukraine and have Ukrainian forces trained on their use,” the official added. “The truck-mounted Harpoon, in this condition, in this configuration, is new, right? And so that’s why it’s taking a little bit of time to pull the systems together for full operational capability.”

The Harpoon systems, the official said, will not come with the kind of restrictions seen on the High Mobility Artillery Rocket Systems (HIMARS), which the US has instructed Ukraine not to use to strike into Russian territory over fears of escalation.

The weapons and equipment come from two different pots of money. $350 million, which will largely go to ammunition for the HIMARS system, comes as part of the twelfth authorization of the Presidential Drawdown of US stocks, which allows the Pentagon to take equipment in inventory and transfer it over to Ukraine. The second pot, $650 million, comes from the Ukraine Security Assistance Initiative, under which the US can buy gear from industry on behalf of Ukraine.

“I […] think that we need to be giving more sophisticated systems, particularly when it comes to drone and long range artillery,” Smith told reporters at a Defense Writers’ Group event this morning.

Smith said he didn’t agree with the administration’s caution over giving Ukraine weapons that could strike into Russia. “I mean, Ukraine borders Russia. If you give them a mortar shell that can go a mile, theoretically it could strike Russia,” he said.

Smith said Russia had an advantage over Ukraine when it came to intelligence, reconnaissance and surveillance (ISR), and the US needed to help by providing better drones and better counter-drone technology. Smith suggested that drone technology should include the Gray Eagle, a large, long-range unmanned aerial vehicle (UAV) that Reuters reported was under consideration by the Biden administration.

“The issue is if the Russians are able to see better and shoot further, then you’re at a disadvantage,” Smith said. “So I think we should do more of that.”

Asked about Smith’s comments and whether Grey Eagle was on the table, the senior defense officials declined to comment.

In its breakdown, the Pentagon said that to date the US has committed “approximately $6.3 billion in security assistance” since the start of the Biden administration, including about $5.6 billion since the beginning of Russia’s invasion in February.