Vehicle Maintenance Reporting Standards (VMRS) are codes used to track specific issues with trucks and equipment. ATA’s Technology & Maintenance Council licenses the codes to carriers, mechanics and manufacturers with the goal of creating an industry standard.

“VMRS has been around for 50 years,” Jack Poster, VMRS services manager for TMC, said. “I’ve seen it grow even in my 15 years. It amazes me to see what is going on. With IT companies, data companies and artificial intelligence and predictive maintenance.”

TMC hosted the discussion as part of its Fleet Data Management & Cybersecurity Conference. The conference is focused on addressing best practices in fleet data management and cybersecurity.

“There’s a lot of interesting areas that VMRS is involved in,” Poster said. “That is what’s interesting about VMRS. It evolves as the technology evolves. It’s not a dormant product. It moves along with what’s coming at us.”

Poster is working to add new codes, in some cases prompted by new maintenance procedures involving software and cybersecurity. He noted the old traditional methods of repair are changing so the system is changing with it.

“The VMRS codes obviously has significant adoption beyond just over-the-road truck,” said Wally Stegall, technical director at The Morey Corp. “You don’t want to reinvent the wheel. You want to use what’s best in class because the only thing I’m focused on is an engineering methodology and ultimately using that as an exchange mechanism.”

The SAE Health-Ready Components & Systems (HRCS) Consortium and its member groups such as Morey saw the adaptability of the coding system as something that could become the backbone for the commercial vehicle industry as a whole. They started working with the Future Truck Committee and TMC with that goal in mind.

“Right now within the HRCS Consortium we have data sources for J2012, J390 and VMRS,” Stegall said. “But that’s a starting point. That’s not the end of the process. Ultimately, we want to have other numbers that can be software conversions, IDs for hardware components and the associated things that go with that.” 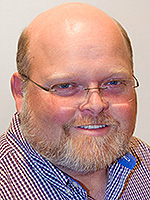 Stegall added the plan is to link those codes by using the existing VMRS system as a framework. He also noted there needs to be additional codes with operational alerts because the plan is to also use VMRS as a corrective action mechanism.

“Part of that is with regulatory bodies in mind so that we have one common reference for presenting the data to those stakeholders,” Stegall said. “We’re going to complete our mapping file planning in July of 2022. So that is within the HRCS Consortium. We’ll then hand that file over to S5 and the VMRS to J2602 Task Force.”

Poster pointed out that even as the coding system evolves it doesn’t ignore its past. Instead, it’s a system designed to build upon itself rather than replace its older codes. It still includes coding for vehicles and equipment going back to its start over a half century ago.

“Those codes are still in VMRS, we don’t take them out,” Poster said. “VMRS has the old and the new and the future. So after I’m long gone, ATA will be here and TMC, VMRS will still continue to be an integral part of maintenance.”

Poster stressed the importance of training to properly use the codes and stay up to date as well as data auditing. He also urged everyone to stay in touch so that he is aware of issues or suggestions when it comes to the coding system.

“If I don’t hear from you, I think everything is fine,” Poster said. “It’s important with your employees to keep them going with training. You train technicians, even when someone has been using VMRS for maybe 40 or 50 years, they still need to be aware of what’s going on.”