Legislation that would fund the U.S. Department of Transportation’s operations through fiscal 2023 will be considered in committee this month in the U.S. House of Representatives.

Funding leaders announced the schedule for the consideration of their fiscal 2023 transportation appropriations bill, as well as other appropriations legislation.

The fiscal 2023 transportation bill is scheduled to be unveiled during a House subcommittee hearing on June 23, followed by its full committee consideration on June 30. Most of the federal government is operating under funding legislation that expires at the end of September.

“Earlier this year, we passed a bipartisan, bicameral federal funding bill that pulled us out from under the previous administration’s budget and showed just how government can deliver for working people,” said House Appropriations Committee Chairwoman Rosa DeLauro (D-Conn.). “The appropriations committee will build off those transformative investments with bills that continue to help meet the needs of working people, lower costs, and address many of the major challenges we face at home and abroad.”

She continued, “I look forward to working with my colleagues, on both sides of the aisle and in both chambers, to get our spending bills once again over the finish line.”

Rep. David Price (D-N.C.), chairman of the House transportation funding subcommittee, affirmed that his Democratic colleagues would prioritize sustainability and connectivity during the bill’s consideration: “All modes have benefited, but our focus on intercity passenger rail and transit has been especially strong.” The Democrats’ transportation funding bill also is expected to fund climate change resilience and electric vehicle proposals outlined in President Joe Biden’s fiscal 2023 budget request for U.S. DOT. 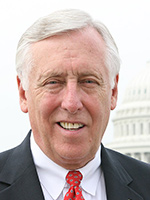 House Majority Leader Steny Hoyer (D-Md.) signaled that floor consideration of the appropriations bills is likely to occur prior to the congressional August recess. Already, House appropriators have approved several funding bills, such as a draft bill for defense and intelligence programs for fiscal 2023.

Senate appropriators, however, have not announced their schedule for considering the fiscal 2023 spending bills. In order to arrive at legislation capable of reaching the president’s desk for enactment, congressional funding leaders must reach an agreement on the bills before the start of the fiscal year on Oct. 1.

For U.S. DOT in fiscal 2023, the White House is calling on Congress to approve $142 billion. That request consists of $23.6 billion for aviation modernization, $4.45 billion for transit projects, $3 billion for safety programs at the Federal Highway Administration, $1.5 billion for infrastructure construction grants and $230 million for certain port projects. As part of the request, the Federal Motor Carrier Safety Administration’s safety operations and programs would receive $367.5 million. FMCSA’s safety grants division would receive $506.1 million. 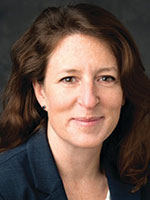 FMCSA Acting Administrator Robin Hutcheson recently reminded senators of the agency’s role in supply chain operations and highway safety: “Now, more than ever, Americans are acutely tuned into how our goods get to our homes, from the flour for the bread we eat, the clothes we wear, the bed we sleep in, we all have a better understanding that it probably came on a truck.”

“People, in this case, drivers, are the most important part of the industry,” she added. “It is a difficult job, and men and women have been working long hours to literally keep our economy rolling in the face of unprecedented challenges.”