According to court documents, Armbruster participated in a scheme to falsify financial statements of a publicly traded company for the third quarter of 2016.

Additionally, between 2014 and 2017, the CFO engaged in a scheme to mislead Roadrunner’s shareholders, independent auditors, regulators and the investing public about the company’s true financial condition. 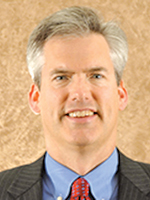 Armbruster’s actions resulted in at least $7 million in overstated accounts on the balance sheet for one of Roadrunner’s largest operating companies, Roadrunner Intermodal Services Inc. Armbruster purposefully falsified books and records to boost the company’s financial profile, according to court documents.

On July 29, 2021, a federal jury in the U.S. District Court, Eastern District of Wisconsin, convicted Armbruster of one count of securities fraud, one count of misleading the company’s auditors and two counts of falsifying Roadrunner’s books and records. However, he was found not guilty on 11 of 15 charges.

However, the same Wisconsin jury found former controllers for Roadrunner’s truck loading division, Mark Wogsland and Brett Naggs, not guilty on all charges.

In recent years, Roadrunner has undergone a major, multiyear restructuring, in 2020 selling its three truckload businesses as part of its move toward becoming a stand-alone less-than-truckload company, and in 2021 accepting a $50 million equity private placement, and made changes to its leadership team.

“We’re working on regaining our customers’ trust,” Roadrunner President Frank Hurst told Transport Topics in March 2021. “We know that some customers are still going to have a hesitation about using Roadrunner because of our past, so we feel that a guaranteed service is really the perfect way to allow customers to lean into our offer. I don’t want to just say your shipment is going to arrive on time, intact and damage-free. We want to guarantee it and I want to put my money where our mouth is.”

FedEx Corp. said as the global economy slows, it is aggressively looking to reduce costs, and that it will raise...

A simmering dispute over the assignment of work at a Port of Seattle terminal potentially could disrupt talks to reach...