Safety measures are being developed to deal with the special properties of hydrogen as the pace quickens to bring heavy-duty fuel-cell trucks to market.

Unlike a battery that needs to be charged, a fuel cell can generate electricity using the chemical energy of hydrogen and produce power as long as fuel is supplied. 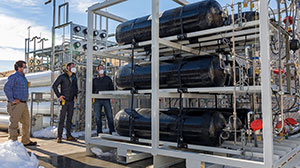 While some safety measures for gasoline and diesel are applicable, protocols for hydrogen fuel use must take into account the uniqueness of hydrogen to avoid accidents. This was the message during a June 22 webinar titled Overview of Hazard Analysis for Hydrogen Applications by WHA International, a firm founded in 1987 that deals with mitigating hazards associated with hydrogen, oxygen and other hazardous fluids.

Harold Beeson, a forensic investigator and hydrogen safety expert at WHA, noted that since hydrogen is the lightest and smallest molecule, it is highly susceptible to being leaked.

Often the focus is on mitigating events rather than preventing causes that lead to hazardous situations, he said, adding that people “can overlook the hazards associated with very small leaks that still can be within that flammability range in your system.”

He said hydrogen has a very fast flame speed, making it “more likely to transition to a detonation event,” and has a low ignition energy, rendering it able to be ignited by less energy than the average static electricity shock from a human body.

The compatibility of materials coming into contact with hydrogen should be evaluated because hydrogen will embrittle metals and result in higher risks for leaks due to cracks or over-pressure, causing catastrophic consequences.

“Ignition sources need to be considered, where are they, what are they and what is the nature of them,” he advised. 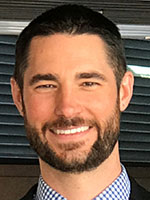 Describing hydrogen, he said, “It’s a small molecule, it likes to leak, it’s tricky, it can get through small gaps and fittings and things like that. However, we have very good controls in place for using hydrogen and we are using it at a very high pressure so you introduce that pressure hazard.”

He said since hydrogen is a very light molecule, it rapidly floats away when exposed to the atmosphere and dissipates very quickly, which makes it difficult to ignite.

“It’s been demonstrated in the field for quite some time now with light-duty vehicles on roads around the world and as well as in hydrogen stations,” Onorato said, adding that NREL has numerous safety controls in place, such as hydrogen and flame detectors.