“Today the citizens of this commonwealth win. For today, thou shall not toll,” Langerholc declared, before the measure passed. “My issue and the issue with colleagues was the mechanism as to how we do repair those bridges, and our belief was that it does not need to occur by tolls. This bill will make it abundantly clear that today this scheme ends.”

More than 550,000 daily motorists were saved from having to pay new tolls on major bridges that drive local economies, he noted. PennDOT was evaluating putting four bridge tolls on Interstate 80, one each on I-78, I-79, I-81, I-83 and I-95.

The legislation would impose tolling restraints on PennDOT such as having to publish a detailed analysis, requiring distribution of any Public-Private Partnership board’s resolution, including public comment with a new 30-day input period before the P3 board voting.

“This bill will create a checks and balance by reducing the scope of PennDOT’s power to [impose] optional user fees for new infrastructure, ensuring the General Assembly has more time to assess any transportation projects passed by the P3 board,” Langerholc said.

Also chairman of the Senate Transportation Committee, Langerholc said he worked extensively to obtain bipartisan approval through amendments that resulted in the final victory: Senate (50-0) and House (176-24).

Nolan Ritchie, executive director of the Senate Transportation Committee, told Transport Topics the bill was presented July 8 to Gov. Tom Wolf, who has 10 days to act and is expected to sign it.

If the governor signs the legislation, the new law would allow PennDOT, if another approach was successful, to save taxpayer dollars by by preserving the preliminary designs and engineering plans for the nine candidate bridges.

The Commonwealth Court has declared the P3 Bridge Tolling Initiative void. Today’s decision is a win for all Pennsylvanians.A win for all those who stood with us fighting this oppressive overreach.And a win for Pennsylvania businesses who were arbitrarily shut out of the process.

Rebecca Oyler, president and CEO of Pennsylvania Motor Truck Association, responded, “Tolling would have been disastrous for the trucking industry in Pennsylvania and especially for all the small businesses hit hardest by fuel prices and supply chain challenges. We are pleased that policymakers have recognized that tolling is not the way to fund transportation infrastructure and have now written this into the state’s P3 law.”

PennDOT had suggested $1 to $2 toll fees for passenger vehicles and $10 for commercial vehicles. Based on the $10 assumption, PMTA estimated that $5,000 in annual toll charges could be incurred from one truck traveling roundtrip daily across a single bridge.

“For more than a year and a half, PMTA and its members have spoken out about the impact tolling these bridges would have on their businesses and their communities, and today we learned that the voices of the trucking industry were heard. This is a resounding win,” Oyler said. 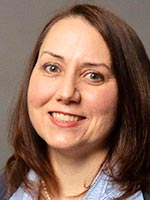 PMTA actively fought the tolls, including testifying in the General Assembly, urging public participation and filing a brief supporting local cities who sued in Commonwealth Court to block tolling in area bridges.

On June 30, Judge Ellen Ceisler issued an order voiding the PennDOT’s Major Bridge P3 Initiative for being in violation of Act 88 provisions that provide no authority for PennDOT to act on its own to determine whether a project is in the best interests of the Commonwealth nor allow PennDOT to carry out its duties on its own.

Ceisler wrote that a multibillion-dollar transportation project was based on “a four-page PowerPoint recommendation” from PennDOT “that failed to delineate which, or how many, pieces of public infrastructure the initiative would achieve.” Earlier the judge temporarily halted the bridge tolling project before the court reached a final decision.

On July 6, spokesperson Alexis Campbell commented on the judge’s ruling that PennDOT “will continue to review the opinion and our options.”

“I had serious concerns with PennDOT’s authority to essentially tax and appropriate funds without additional oversight from the General Assembly,” Langerholc stated.