Efforts by national freight rail carriers to increase efficiency are having the opposite effect, a union official said July 12.

Demoralized workers are leaving the industry, causing delays and damage to the national supply chain, said Greg Regan, president of the Transportation Trades Department of the AFL-CIO.

Major rail carriers have cut roughly 45,000 positions in the past six years, according to an April 2022 report from the federal Surface Transportation Board.

However, the United States had 11.3 million job openings in May, with 4.3 million people quitting their jobs that month, according to the U.S. Bureau of Labor Statistics.

Regan said workers are being “ground to dust,” after going three years without a raise and being asked to work long hours to meet surging demand.

Rail labor unions have pointed the finger at an industry practice by carriers called “precision scheduled railroading.” Carriers say this practice gives their customers more reliable service, but workers counter its main purpose is to reduce the size of the workforce.

Add to this an availability policy put in place by Fort Worth-based BNSF in February, and railroaders are leaving the industry in droves, Regan said.

“Railroads are, of course, affected by many of the same challenges in recruiting that are impacting other employers. However, the railroads are outperforming the broader labor market in terms of recruiting and retention,” wrote Michael Maratto, a spokesperson for the National Railway Labor Conference, a trade group representing rail carriers in union negotiations, in an email to the Star-Telegram.

He noted railroad workers earn around $130,000 per year in wages and benefits, and attributed the industry’s hiring difficulties to broader economy trends.

The mean annual wage for a locomotive engineer was $72,940 in 2021, according to the U.S. Bureau of Labor Statistics. The figure doesn’t account for compensation from health care and retirement benefits.

In an April hearing of the STB, representatives from agriculture and energy companies complained delays and limits on rail transportation are negatively affecting their businesses. 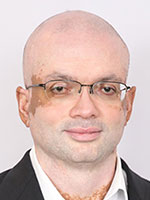 Shameek Konar, CEO of Pilot Flying J, said limits by Union Pacific on his company’s shipments would decrease the national supply of diesel and increase prices at the pump.

Pilot Flying J accounts for 20% of the United States’ diesel supply, and Union Pacific asked Pilot Flying J to cut its shipments by 50% in April, Konar told the board.

In June, the Surface Transportation Board ordered rail companies CSX, Norfolk Southern, Union Pacific and BNSF to come up with a detailed plan to address their performance. It cited “short-sighted management of labor forces.”

The unions and rail carriers are at an impasse on a new labor contract after they failed to reach an agreement before the National Mediation Board in June.

The main sticking points are wages and benefits.

Carriers are offering a 16% pay raise over five to seven years, and want workers to pay more for their health care benefits.

Regan said this amounts to a pay cut as inflation and the extra health care payments will wipe out any benefits from the raise.

He pointed to carriers making record profits and said it’s unconscionable to ask workers to pay more when the companies are making so much.

Several unions are considering calling a national strike to draw attention to poor wages and working conditions they say are causing an exodus of workers from the industry.

Members of the Brotherhood of Locomotive Engineers and Trainmen voted 99.5% in favor of a strike on July 12, enabling their leadership to call for a work stoppage when a federally mandated “cooling off period” expires on July 18.

President Joe Biden could prevent a strike by appointing a three-member Presidential Emergency Board to investigate and make recommendations about how best to solve the dispute.

Regan said the board would serve as a neutral arbiter, and can be helpful moving both sides through their impasse.

He said workers want to go back to work and can help rail carriers build a more stable supply chain to help goods move more efficiently by rail.

“But the longer that these workers go without a pay raise, and a stable contract that guarantees some economic security in the future, it’s just going to get worse,” he said.

General Motors says it will spend $760 million to renovate its transmission factory in Toledo, Ohio, so it can build...

The owner of a popular Twin Cities food truck is asking a Hennepin County judge to prevent two sisters from...

TORONTO — Prime Minister Justin Trudeau has signed off on Canada dropping the vaccine requirement for people entering the country...

Fed Attacks Inflation With Another Big Hike and Expects More

Intensifying its fight against high inflation, the Federal Reserve raised its key interest rate Sept. 21 by a substantial three-quarters...