Classes 4-7 U.S. retail sales in June approached 18,000, down 14.7% compared with a year earlier and largely reflecting a plunge in Classes 4 and 5, Wards Intelligence reported.

“This is a little ugly, isn’t it?” ACT Research Vice President Steve Tam said. “We have been struggling to play catch up all year in the medium-duty space. It continues to be the case that many of the medium-duty products are taking a backseat to their larger brethren.”

That robbing-Peter-to-pay-Paul approach should change a bit going forward based on truck makers’ latest forecasts.

There are many reasons for trucking’s ongoing labor shortage. We recap discussions from the first half of this year in this “roundabout” episode. Tune in above or by going to RoadSigns.TTNews.com.

Tam said manufacturers’ production plans detailed in June and looking out through the rest of the year are slightly lower on the Class 8 side, 313,000 in 2022 from about the 315,000 they expected in May “and either coincidentally, or perhaps not, the Classes 5-7 numbers were up by a similar amount.”

Tam said it was understandable that Class 4 has been struggling compared with a year earlier.

A mix of other truck makers — including Chevrolet, Hino, Isuzu, Paccar Inc. and Mack Trucks — delivered the segment’s remaining 1,375 units. 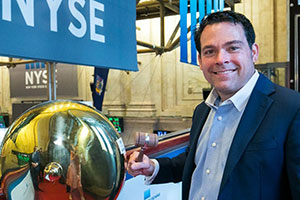 “I like the Wards data, and it is fascinating to see how all the data rolls up, wraps up,” Tim Reeser, founder and CEO of Loveland, Colo.-based Lightning eMotors, told Transport Topics.

Speaking of June’s volume, Reeser said it was just a matter of not having even more trucks to sell.

Many trucks are parked around the factories awaiting final parts, he said. “So there is a long backlog of these vehicles. And whether we are talking ICE [internal combustion engines] or electric, there continues to be a strong demand.”

Lightning’s electric bread and butter is with Classes 4-6 vehicles and some Class 3. It specializes in ones that are complex and serve a specialized market segment, such as Class 6 refrigerated trucks, an electric bucket truck (under development) or an ambulance “where there’s very little electric vehicle competition.”

The city of Lewiston seeks a Christmas tree, to be decorated with holiday lights at Dufresne Plaza, 72 Lisbon St....

The Treasury Department is expediting the formulation of scores of regulations that will carry out the $270 billion worth of...

Torc Robotics announced that Schneider and Torc are working toward implementing a pilot program utilizing Torc’s autonomous test fleet. As...

Tesla CEO Elon Musk revived his bid for Twitter Inc. at the original offer price of $54.20 a share, potentially...

One Bridge Damaged by Ian Reopens, and a Truck Is Among First to Cross It