Truckers driving over the Interstate 15 freight corridor in Utah may not realize lane closures were minimized to several hours instead of days when a new 550-ton bridge slid into place using dish soap, hydraulic jacks and technical skill.

Beginning in San Diego and ending in Montana, I-15 is a major Mexico-to-Canada freight trade corridor, 400 miles of which cut through Utah. Federal Highway Administration estimates that from 9,000 to more than 60,000 trucks each day travel over the corridor, which is heavily congested (60%) due to large cities in some areas it cuts through.

“Utah is often referred to as the crossroads of the West because we do have such major freeways here that people across the country rely on to transport goods and get to where they’re going,” said John Gleason, director of public information at Utah Department of Transportation. 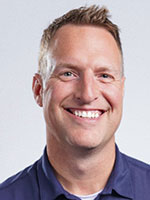 Along with I-15, freight also is transported on I-80 and I-70. Because Utah is home to leading temperature-controlled trucking companies, refrigerated trucks account for a large percentage of total truck traffic on the interstates, according to UDOT. Perishable cargo includes chocolate, dairy products, fruit, meat, medicine and vegetables.

“From a UDOT perspective, we’re always looking for innovative ways to minimize inconvenience and cut down on delays. It’s not innovation for the sake of innovation. It’s really something that makes a difference to people in their lives,” Gleason said. “Nobody wants to be stuck out on the freeway or trying to navigate major congestion. If we can alleviate some of that by using innovative construction means, then that’s something we’re interested in to help all of our road users.” 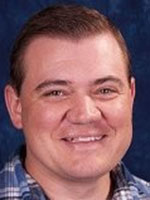 The $7 million bridge slide project involved replacing a pair of aging bridges on I-15 in Cedar City described by UDOT engineer Tyrell Wood as deteriorating with potholes and cracking girders underneath.

“They weren’t falling apart yet, but they were headed there,” Wood said, noting “the bridge deck was in pretty sad shape.”

“We wanted to maintain travel on I-15 to keep two lanes open to traffic because I-15 is very dependent on commercial traffic and regular residential traffic through southern Utah,” Wood said.

Finally, the southbound bridge was closed July 13 for nine hours and reopened the next day at 6 a.m. in time for morning traffic after the sliding bridge was eased into its final place in one of the most technical bridge slides UDOT has done due to the slanted road angle, gravity and a bridge deck weighing 550 tons, including 117 tons of rebar.

The bridge slid into place using hydraulic jacks attached to bolt devices placed underneath the bridge. Due to its slippery coating and ability to adhere, Dawn dish soap was used to cover the sliding devices (Teflon pads) placed between bridge and span abutments.

Yes, the rumors are true. We do use @DawnDish soap to move bridges. pic.twitter.com/WwcyB8szKT

“We really had to put our brains to the test to make this one work since it was pretty technical,” Wood said. “We did it [the slide] in 2½ hours. It was supposed to take about six.”

DOT officials attended the bridge slide along with students and professors from the Southern Utah University Engineering and Construction Management program.

“It was a great effort from the team to get this put together like they did. It was an amazing experience to move the bridge,” Wood said, adding that UDOT has been deploying bridge slides for over a decade in construction projects.

Advanced technology also factored into the bridge’s concrete, made with fibers to give it extra binding strength to last longer.

The project also was designed for three northbound lanes to be added in 2024 in a 30-mile stretch from Toquerville to Cedar City that will alleviate congestion, Wood said.

“We don’t have to put anything in the ground because it’s all ready to go. We did plan for the future on this, and that cut down a lot of cost for the taxpayer in Utah,” he noted. “UDOT is pretty innovative, and we move forward. We’re building as fast as we can to keep up with demand. Our motto is ‘keeping Utah moving,’ right?”

The trucking technology company Trucker Path determined the best and worst interstate highways for truck drivers based on the availability...