North American Class 8 orders in July, not unexpectedly, crawled to 11,400, the lowest point of the year. ACT Research reported the figure, citing truck makers’ data that was preliminary but largely complete.

While a slide is typical in July, that move had once been clearer and more predictable because by then almost all truckers already had placed their orders for the year.

July 2022 is different. The supply remains choked and demand mostly unmet just like what has been happening for the past 12 months or so.

“What is hard to gauge is true demand,” ACT Vice President Steve Tam said, “because what we are not seeing is the order boards opening up appreciably for next year as an industry.”

The question for truck makers remains how do you price next year’s truck given questions on parts availability and those prices.

“The truck makers are sitting on a backlog that they are having a tough time fulfilling,” he said. 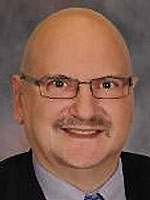 Fleets that still need trucks now are looking beyond their traditional suppliers to any truck maker, to see which can deliver on orders, he said.

Meanwhile, truck makers can only put off accepting orders for just so long, Ake added, and once that ends, orders will be “sky high.”

At the end of June, there were 39,000 more orders scheduled to be built than build slots available and June cancellations were negligible, ACT reported.

At the same time, some fleets could be holding back on orders over a concern the economy could falter. Tam said, at this point, that was not a majority’s point of view.

For 2023, ACT sees a higher probability for recession in the first half and flat GDP for the full year. “Even with that in play, we are looking at 246,500 in Class 8 sales,” Tam said. 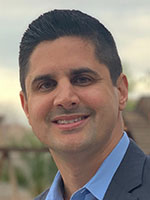 Adam Miller, chief financial officer for Knight-Swift Transportation Holdings Inc., said that while some truck makers are doing a little better than others, they are pressured on being able to deliver on orders.

“Most likely, we’ll have an allocation. So new trucks aren’t coming on, we’re seeing the used equipment market is cooling because small carriers can’t afford the prices and can’t find credit,” Miller said during the company’s latest earnings call. “So capacity is still going to be constrained, just getting your hands on it. Not to speak about just the economics of how it works for a small carrier. So I think all those go to maybe an environment where supply keeps pace, maybe outpaces the changes in demand.”

Knight-Swift CEO David Jackson noted what has made the trucking industry choppy and cyclical “has been the fact that we grossly oversupply when it’s good, and then it takes a little time for that to work off in part.”

Knight-Swift Transportation Holdings Inc. ranks No. 4 on the Transport Topics Top 100 list of the largest for-hire carriers in North America

Paccar Inc., for one, has opened its order books up for 2023, CEO Preston Feight said during his company’s recent earnings call.

“We have begun to fill our orders for the first quarter of next year,” he said. “Some of those end up being full-year contracts. We see really strong interest from the customers. And so, we’re having good progress in order intake.”

Asked during the earnings call by an analyst if Paccar — whose North American brands are Kenworth Truck Co. and Peterbilt Motors Co. — expects to limit orders in 2023, Feight said, “I wouldn’t think of us as limiting orders for 2023. I think that there’s a normal cadence to how fleets buy and how the market goes. So, it’s really just the start of that season. And what you’re kind of seeing is an uptick in order intake as we move through the calendar year.”

He said Paccar is finding solutions for supply chain issues and had increased its daily build rate through the last quarter. “And so, while we’re not complete and through the supply chain limitations,” Feight said, “we think that that probably actually contributes to a strong truck cycle for a long period of time.”

Members of the International Council on Mining and Metals are planning a joint effort to test hydrogen and other zero-emission...

What’s behind the trend of truck drivers’ unused driving hours?

With rising fuel prices, falling freight demand and other factors, truck drivers are leaving considerably more driving hours on the...

Foxconn Starts EV Production in US With First Lordstown Pickups