State taxes on diesel and gasoline in Georgia will continue to be suspended through Sept. 12 after Gov. Brian Kemp extended an expiring executive order issued earlier this year.

“With 40-year high inflation, gas prices that are still far too high, and supply chains strained under the weight of bad decisions, hardworking residents of the Peach State have been feeling the consequences of Joe Biden’s recession long before it was announced,” Kemp said.

The United States is not in a recession despite the 0.9% annualized rate of decline in U.S. gross domestic product in the second quarter that followed a 1.6% drop in the first quarter, according to economists, because of the strength of other economic data such as employment. 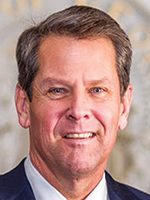 “As I said when we first suspended the state’s gas tax all the way back in March — and have reiterated each time I have renewed that suspension — we can’t fix everything Washington has broken, but we’re doing our part to combat the economic headwinds caused by the president’s failed policies,” Kemp said.

He added that suspending motor fuel taxes has enabled Georgia to consistently rank among the lowest in the nation for fuel prices.

“As inflation continues to rise, the cost of living continues to place a financial burden on Georgia‘s families,” Lt. Gov. Geoff Duncan said. “But, by continuing to suspend the excise tax on motor fuel, we are taking all necessary steps to alleviate some of that burden and combat rising gas prices in our state.”

“I’m fairly confident the average motorist will tell you it’s made a difference,” said Ed Crowell, president and CEO of Georgia Motor Trucking Association based in Marietta. “Georgia consistently shows up as the lowest-cost fuel state in the region if not in the entire country. Prices are probably 25 cents to 30 cents cheaper than anywhere else.”

Some 800 companies are members of GMTA, founded in 1933, that range in size from small owner-operators to large trucking fleets.

“In Georgia, there is a big contingent of film-related trucks and trucking. But it is largely a business of small family-run companies, either second- or third-generation firms. Of course, we have among the largest trucking companies headquartered here in UPS,” Crowell noted. 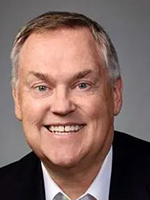 UPS ranks No. 1 on the Transport Topics Top 100 list of the largest for-hire carriers in North America.

He categorized the motor fuel tax suspension as being extremely useful to Georgians, who have been pleased with it.

NEW YORK — Micron, one of the world’s largest microchip manufacturers, is expected to open a semiconductor plant in New...

Get inside Wall Street with StreetInsider Premium. Claim your 1-week free trial here. Uniquely versatile VMC 1200 is designed to...