INDIANAPOLIS — For National Truck Driving Championships to function well, organizers must be dedicated to planning and executing. In Rick Cates, the NTDC’s organizing committee found a workhorse who has adapted over the years to changes and updates industrywide.

This week, Cates, recognized as a lifetime member of the tournament’s organizing committee, is marking 50 years of involvement at NTDC. To honor his contributions, the de facto NTDC elder statesman has acquired the title of “Senator,” given to him by colleagues on the organizing committee.

Cates, reflecting on his semi-centennial anniversary, told Transport Topics on Aug. 16: “With all the technology that we have, the safest thing we have in the truck is a well-trained truck driver.”

What: Contestants are judged on a written exam, pre-trip inspection and driving skills

He emphasized that a requirement to qualify is to remain accident-free a year prior to competing.

This year’s NTDC kicked off Aug. 16. More than 400 drivers nationwide qualified to compete in nine vehicle classes. Top scorers will be recognized Aug. 19. After fulfilling nearly every task at the tournament during his tenure, this week Cates is coordinating the flow of drivers on the course.

Based in North Carolina, he explained that his enthusiasm for the tournament was immediate when he attended his first NTDC in 1972. Half a century later, that enthusiasm has not diminished.

I see a lot of the families — men and women — have followed their parents into the trucking industry. That makes you feel good.

“Still get excited to be able to see the professional drivers and come back and see my friends who are professional drivers. And family — to see their families and how they’ve grown up over the years. And I see a lot of the families — men and women — have followed their parents into the trucking industry. That makes you feel good,” said Cates, 72, a consultant with JMJ Associates. “It’s still a great industry.”

Emphasizing his affinity for the industry, the “Senator” reminded the public that “if you got it, a truck brought it.” 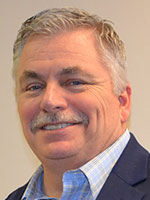 Robert Foskey with UPS Inc., a lead coordinator of NTDC’s safety course, is working alongside Cates this week. Watching his veteran colleague monitor the lineup of competitors on the course, as well as serving as a troubleshooter, continues to impress him.

“Hardest-working man that probably ever walked the NTDC course,” Foskey said, referring to Cates. “A true Southern gentleman. Everybody loves him.

“He’s definitely one of the hardest-working, nicest people; friendly. Anything that you ask him to do; Rick is always the first one here in the morning. Last one to leave in the evening. And he can probably outwork half of us on the team.”

Several years ago, when Pierce sought to pursue event-planning in the industry, Cates served as a mentor.

Hurricane Ian is poised to become one of the costliest storms in U.S. history, threatening to slam Florida’s western coastline...

During the 2022 IAA Transportation show in Hannover, Germany, ZC Rubber unveiled two new products – the WTR2 and the...

Cicero, N.Y. — A 32-year-old Cicero man arrested twice this month now has been charged with grabbing the wheel of...

Legislation designed to guarantee approval of veterans benefits without delay at certain commercial driving schools was recently introduced in the...

Residents living near the intersection of Hwy. 10 and County Road 96 in Arden Hills are pushing for changes after...