The Republican leader on the Senate highway policy panel took aim at funding guidance from the U.S. Department of Transportation as Democrats continue to tout the distribution of grants from the $1 trillion infrastructure law.

At a hearing on Sept. 21 of the Senate Environment and Public Works Committee, Sen. Shelley Moore Capito (R-W.Va.) criticized certain guidance documents unveiled by USDOT agencies. At issue is a memorandum from the Federal Highway Administration from Dec. 16. That document suggests state agencies prioritize maintenance of infrastructure projects over proceeding with new projects. This so-called “fix it first” approach was championed by senior Democrats on Capitol Hill as well as Biden administration officials.

Additional guidance documents, Capito argued, prompted confusion with the implementation of the Infrastructure Investment and Jobs Act, enacted in November.

“FHWA began to deviate from the law with the release of the Dec. 16 FHWA memorandum to staff,” Capito told colleagues. She is the panel’s ranking member. “This memorandum encourages [recipients] of highway funding to ‘flex’ that funding to transit investments, discourages states from moving forward with projects that add highway capacity, and imposes a one-size-fits-all [approach] by discouraging transferring program funds to where they are needed most, which was a flexibility that was intentionally built into the law, it’s long-standing, to ensure each state’s unique needs are met.”

“Our needs in North Dakota and West Virginia are much different than what you need in Arizona or California or other places,” she argued further.

“Following the memorandum, FHWA released programmatic guidance documents for the core highway formula programs that included the same policy directives represented in the memorandum,” Capito added. “Beyond contradicting the law, these guidance documents have created confusion among states and the FHWA division offices, and are leading to inconsistent implementation.”

Senior Republicans with roles on the transportation policy panels in the Senate and the House have echoed the ranking member’s argument.

On the other side of the aisle, Democrats have emphasized the FHWA memo is meant as guidance to inform agencies about the IIJA’s resources. They also have been touting billions of dollars in grants and other sources of funding for freight and commuter projects nationwide.

Sen. Tom Carper (D-Del.), the panel’s chairman, suggested the IIJA represents an opportunity to modernize aspects of the country that had been starved of infrastructure funds.

“I have been pleased to see the U.S. Department of Transportation continuing to roll out new programs and provide funding guidance to help states and local governments navigate our new infrastructure law,” Carper told colleagues, emphasizing the IIJA’s severe-weather resilience provisions. As he put it, “This includes guidance for the Promoting Resilient Operations for Transformative, Efficient and Cost-Saving Transportation formula program, which this committee created in the bipartisan infrastructure law.”

To that point, Senate Democrats and the Biden administration recently announced grants for infrastructure projects that aim to bolster infrastructure resilience and freight supply chains.

“We are announcing transformative investments in our nation’s roads, bridges, ports and rail to improve the way Americans get around and help lower the costs of shipping goods,” Transportation Secretary Pete Buttigieg said Sept. 15, referring to the Infrastructure for Rebuilding America grants. “Using funding from President [Joe] Biden’s bipartisan infrastructure law, we are able to support more excellent community-led projects this year than ever before.”

Today, we’re awarding over $1.5B from the Infrastructure for Rebuilding America – or INFRA – program to fund 26 projects in communities across the country, from rural areas to the largest cities. pic.twitter.com/Tt6bqdeKR3

At the Sept. 21 EPW hearing, Jim Tymon with the American Association of State Highway and Transportation Officials (AASHTO) emphasized the role of the transportation workforce in project delivery. Under the IIJA, recruitment and retention programs targeting the freight industry were amplified.

“Strategic workforce management — the systematic approach used to predict, prepare for and manage workforce needs — is an urgent and critical issue for all of AASHTO’s members,” Tymon told senators. 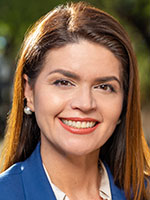 “As technology and innovation advance, and public expectations and demands for more nimble service delivery rise, agencies will need to reimagine their workforce. State DOT constituents are increasingly demanding transparency, accountability, increased personalized communication and on-demand service delivery. The new technologies associated with this work require different skill sets and competencies than those of traditional state DOT employees,” he explained. “As the new generation entering the workforce seeks agility and innovation, and brings a service-delivery mindset, state DOTs need to adjust to the culture of the new workforce to recruit and retain these employees.”

Mayor Regina Romero of Tucson, Ariz., told senators the infrastructure law is a significant instrument for reconnecting areas of the city, as well as tackling growing concerns associated with climate change. She affirmed, “In Tucson, we are moving toward building infrastructure investments that heal historic wounds, work to reconnect disconnected communities and address the vulnerabilities that result from being on the front lines of climate change.”