Federal trucking regulators have issued a proposal that would require every commercial motor vehicle operating in interstate commerce be equipped with an electronic identification system that would help inspectors better target high-risk motor carriers.

The advance notice of proposed rulemaking, issued by the Federal Motor Carrier Safety Administration in a Sept. 21 Federal Register notice, asks stakeholders their thoughts on several critical questions — including privacy and security issues — on how the agency should proceed on myriad technology challenges.

“FMCSA is soliciting further information regarding various aspects of electronic identification including the best possible technical and operational concepts along with associated costs, benefits, security, vulnerability, privacy and other relevant deployment and operational implications,” the notice said.

Trucking stakeholders also are being asked to comment on questions ranging from what data should be included as part of the electronic identification to precisely how should the data be transmitted and received, and how should privacy of the data be protected. 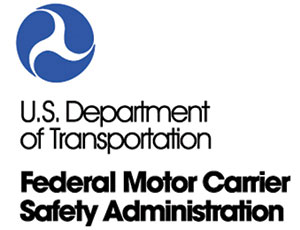 The end goal of the proposal is to establish requirements that would enable safety officials to more efficiently and accurately identify a vehicle’s motor carrier record while moving via wireless electronic means, the notice said.

That may not be easy and could take time. By press time, a groundswell of opposition to the idea was underway. The overwhelming majority of the more than 400 commenters sampled — mostly small and independent truckers — were vehemently opposed, often characterized as an example of government as “big brother.” 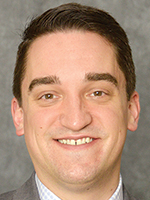 With a shortage of inspectors and a growing number of trucks on the road, the new requirement would be intended to help identify carriers who should be pulled off the road for inspections while allowing carriers and drivers with good records to avoid unnecessary inspection stops, Horvath said.

ATA has not yet taken a position on the proposal, which may be years from adoption, Horvath said.

“Being that this is an ANPRM, it’s at a high level, and FMCSA is asking technical questions about operational costs, benefits, security vulnerabilities, and privacy,” Horvath said. “Certainly, the concept of wireless roadside inspections is something that could have a benefit to highway safety. But the devil is always in the details.”

The FMCSA proposal is the result of a petition requested by the Commercial Vehicle Safety Alliance, first in 2010 and again in 2015. CVSA argued that an electronic identification system would not only help inspectors target high-risk carriers but also help carriers with good ratings avoid numerous inspections. 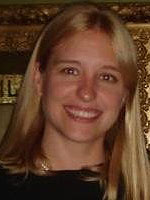 “We have not as an organization specified the technology that we believe should be used to achieve the goal. We’re not technology experts in that sense,” said Adrienne Gildea, CVSA’s deputy executive director.

While Gildea said inspectors can use the technology at weigh stations, more importantly a mobile inspector can set up along the highway and capture the identification system of moving trucks or drivers with questionable safety histories.

“The whole point now is let’s get the conversation started, because there are so many questions,” Gildea said. “There needs to be answers.

Winter is coming. Bill Lindsay of Clean Harbors and Brian Antonellis of Fleet Advantage join host Mike Freeze to talk about winterizing fleets. Tune in above or by going to RoadSigns.ttnews.com.

“This is not tracking the truck. This isn’t leaving a little bread crumb trail of where the truck has been. What it does is notify an inspector of the vehicles in their vicinity that would be a good idea for inspection. Right now, we can’t do that.”

Some truckers suggested privately that the electronic identifier could have an impact on data businesses such as PrePass Safety Alliance.

“A simple identifier on a vehicle does not present a threat to bypass, but the scope of the ANPRM would require the transmission of vast amounts of data on the truck, carrier, and driver,” said Mark Doughty, president of PrePass Safety Alliance. “That new mandate on data should be of concern not just to PrePass but to all stakeholders in the trucking industry.”