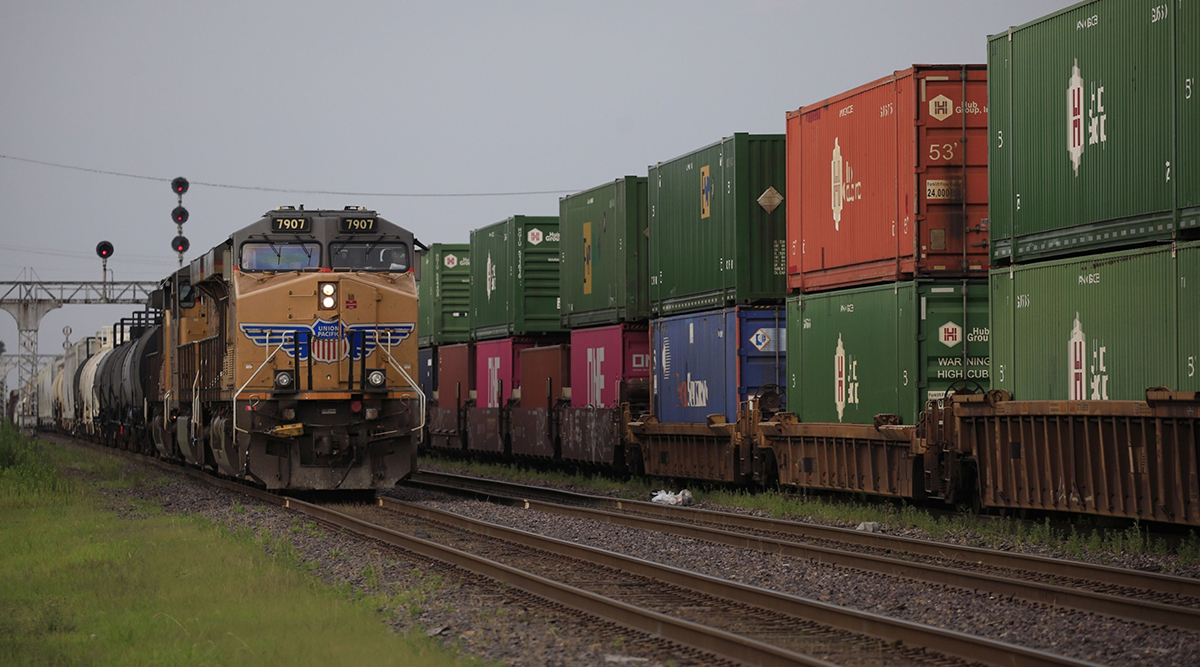 Union Pacific Corp. reported fourth-quarter profit that missed analysts’ estimates as disruptions from winter storms drove up costs, even as the railroad hauled more goods from a year earlier and charged more per carload.

Earnings for the quarter, buoyed by stock buybacks, were $2.67 a share, the Omaha, Neb.-based railroad said Jan. 24 in a statement. Analysts had expected $2.79 on average, according to estimates compiled by Bloomberg. Revenue climbed 8% to $6.18 billion, narrowly missing analysts’ expectations.

“Revenue growth was more than offset by elevated operating expenses from operational inefficiencies and a higher inflationary environment,” CEO Lance Fritz said in the statement.

Union Pacific powered through storms that flooded California and dumped snow in northern states, boosting carloads even as trains were delayed. Automotive and containerized shipments rebounded after having dropped in 2021’s fourth quarter and carloads of sand and gravel also rose. Carloads grew 0.8%.

While per-share earnings rose by a penny from a year earlier, net income was $1.64 billion, a 4.3% decrease.

Operating costs jumped 14% from a year earlier on higher fuel and purchased services and materials. Revenue per carload increased 8% on the back on price increases and higher movements of goods, such as automobiles, that cost shippers more to transport. Investors will be watching to see if railroads can raise prices this year as demand weakens and truck rates fall.

Volumes grew even as some shippers diverted cargo from rails on the threat of a nationwide rail strike during contract renewal negotiations. A strike was averted in early December when Congress forced the unions to accept terms brokered by the White House in September.

Union Pacific expects carload this year to grow faster than U.S. industrial production, which now is forecast to contract by 0.5%, the company said in a slide presentation. The railroad said it expects to keep pricing ahead of inflation. Capital expenditures for 2023 are forecast at $3.6 billion.

Union Pacific’s operating profit margin fell to 39% from about 43% a year earlier as the weather disruptions drove up costs. The company may face rising expenses this year as the railroad seeks to improve service after catching heat from the rail regulator over constant network congestion that resulted in Union Pacific limiting deliveries to some customers.

The railroad spent $9.4 billion on dividends and share repurchases last year, a bit shy of the $10.1 billion it returned to shareholders in 2021.

Union Pacific ranks No. 18 on the Transport Topics Top 50 list of the largest global freight companies.